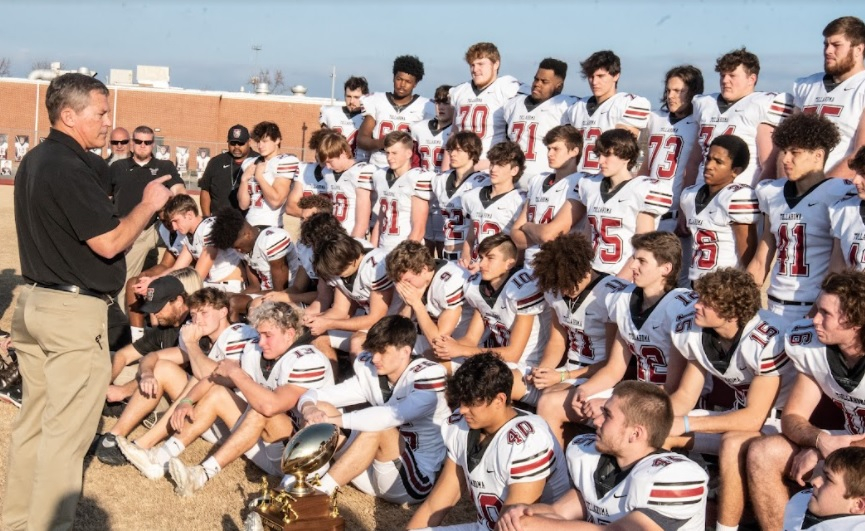 The Tennessee Titans have named Tullahoma’s John Olive their 2021 High School Coach of the Year.

“John Olive is Tullahoma High School and the community of Tullahoma,” said Tullahoma principal Jason Quick. “I’ve never met a person who has served a community and high school program with more integrity and character than John Olive. It is evident in our school, not just with the football team, but also throughout all of our school. Whether you are an athlete or not, John has had an impact on you in some form or fashion.”

In his 29th and final season on the sideline Olive led the Wildcats to a perfect 15-0 record, Tullahoma topped Elizabethton in a double overtime thriller 21-14 to claim the Class 4-A State Championship, the first in program history. Coach Olive, who remains at Tullahoma as the district athletic director, ended his head coaching career with a record of 203-126.

As the 2021 Titans Coach of the Year, Olive will receive a grant in the amount of $3,500 from the Tennessee Titans Foundation and a $1,000 grant from the NFL Foundation, to benefit his football program. Coach Olive will also receive an all-expense paid trip to the 2022 Pro Bowl in Las Vegas, Nev.

For more information on the High School Game of the Week and Coach of the Week program, visit https://www.tennesseetitans.com/gameoftheweek