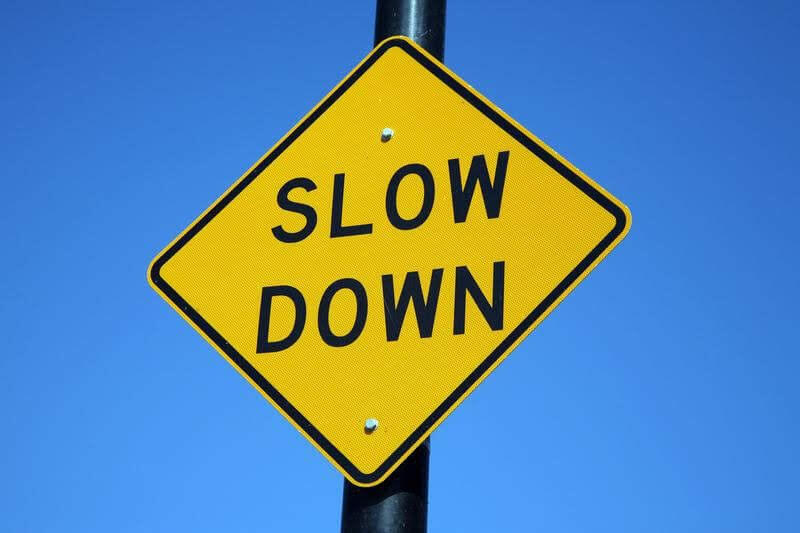 Drivers who feel the need for speed better hit the brakes or be ready to see blue lights in their rear-view mirror during Operation Southern Slow Down. From July 18 – 24, this speed enforcement and education campaign, formerly called Operation Southern Shield, returns in five southeastern states: Alabama, Florida, Georgia, South Carolina, and Tennessee.

“Speeding drivers are almost three times more likely to be involved in fatal or serious-injury crashes,” said Buddy Lewis, Director of the Tennessee Office of Highway Safety. “Speeding increases the risk of losing control of your vehicle and threatens the safety of everyone around you. All we ask is for voluntary compliance to ensure everyone can make it home safely.”

State troopers and local law enforcement officers will conduct concentrated enforcement on interstates and state highways in these five states for the entire week in a team effort to stop the increase in drivers traveling at speeds well above the legal limit. Law enforcement agencies in the southeast and across the nation have seen a substantial increase in the number of vehicles traveling at speeds above 100 miles per hour in the last two years.

“The majority of people driving in a safe and legal manner should not have to worry about their safety from selfish drivers who show no regard for their safety and the safety of others with their disregard for speed limits and other highway safety laws,” said Allen Poole, Director of the Georgia Governor’s Office of Highway Safety. “Georgia is once again ready to work with our friends in our neighboring states to protect all road users by putting these dangerous drivers on the shoulder of the road and issuing them a ticket.”

According to the National Highway Traffic Safety Administration (NHTSA), the United States has seen an increase in overall traffic fatalities and speed-related traffic deaths in the last two years. Even though there was a 22 percent decline in total traffic crashes in the United States in 2020 compared to 2019 and an 11 percent decrease in the number miles traveled in the country in 2020 compared to the previous year, the number of persons killed in crashes in the U.S. in 2020 increased by 6.6. percent compared to 2019.

“As more motorists drive on our roads and highways during the busy summer travel period, this effort will serve as a strong reminder to obey the speed limit and other traffic safety laws,” said Kenneth Boswell, director of the Alabama Department of Economic and Community Affairs. “We all want to arrive at our destinations safely, and ADECA is pleased to support our law enforcement officers as they work overtime to increase safety and prevent injuries and deaths from automobile crashes.”

Speed was a factor in 29 percent of total traffic fatalities in the United States in 2020, which is a three percent increase from the previous year. The number of persons killed in crashes involving speeding increased by 17 percent in 2020 compared to 2019.

Almost one out of every three speeding drivers involved in a fatal crash in the United States in 2020 did not have a valid driver’s license at the time of the crash, and 53 percent of speeding drivers who were involved in speeding crashes in the U.S. that year were not wearing seat belts.

“We know that speed and aggressive driving continue to be challenges for law enforcement throughout the country. In addition to our normal enforcement efforts, the SC Department of Public Safety announced Area-Coordinated Enforcement Teams (ACE) last July 4th weekend along with new striped, unmarked vehicles, said Robert G. Woods, IV, Director of the South Carolina Department of Public Safety. “We have seen promising results with these efforts in intercepting dangerous and deadly driving behaviors, especially due to speed. We are proud to stand alongside our Southeastern partners for Operation Southern Slow Down as we work together to combat these deadly driving behaviors from border to border in the Southeast.”

In the southeast, the number of people killed in speed-related crashes in Alabama, Florida, Georgia, South Carolina, and Tennessee increased by 14 percent in 2020 compared to 2019. There were 1,611 persons killed in traffic crashes that involved speeding in these five states in 2020 and 1,418 persons killed in crashes involving speeding the prior year.

Operation Southern Slow Down began in 2017 when the five states in NHTSA’s Region 4 decided to hold a week-long joint speed enforcement and education campaign in the third week of July with the goal of reducing crashes and saving lives.

“Florida is pleased to partner with Alabama, Georgia, Tennessee, and South Carolina for the “Southern Slow Down” traffic safety campaign.  Eliminating roadway fatalities is the highest priority of the Florida Department of Transportation (FDOT) and our safety partners,” said Will N. Watts, Jr., P.E., FDOT Assistant Secretary for Engineering and Operations, and the Florida Governor’s Representative for Highway Safety.  “We can engineer the best transportation system, but speeding and aggressive driving continue to contribute to significant and critical behavior-related challenges on Florida’s roads. This partnership shows the commitment of working together and educating the community to help reach the target of zero serious injuries and fatalities on transportation systems.”

Traveling on the same road with speeding drivers:

Back to School is Coming Soon; Most School Systems continue search for Teachers