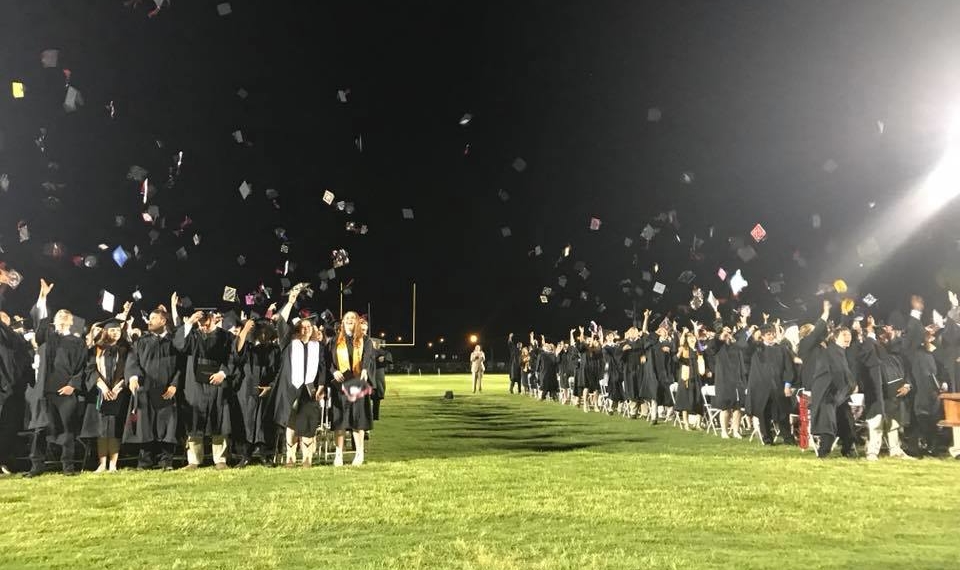 Coffee County Schools has carefully considered multiple options for the 2020 graduation ceremony.  Concern that social restrictions will not relax enough to allow a traditional graduation ceremony later in the summer has been a major consideration.

The first graduation option was alternative dates later in the summer, which the district has already advertised.  Decreasing opportunities for participation, particularly among the graduates who will be attending basic training with the military, made this option less than ideal.

A second option that was investigated was using an alternative site.  The parent company of the Bonnaroo Music Festival, Live Nation/AC Entertainment, was contacted to see if the Bonnaroo grounds could be utilized.  Live Nation/AC Entertainment was gracious enough to give the district permission to use the property.  However, logistical difficulties and social spacing issues eliminated this option.
Early last week, Coffee County Schools arrived at the third main option.  The ceremony was going to be held at the stadium with only a few tickets issued per graduate to allow for proper social spacing.  The inclement weather plan in this scenario was to hold graduation in the gymnasium without a live audience and stream the ceremony on the internet.  The issuance of Governor Lee’s Executive Order #30 made the stadium option more difficult and created additional concerns.  Uncertainty of social distancing guidelines beyond the expiration of Executive Order #30 limits consideration of the stadium as a potential graduation site later in the summer.

All of this leads to the graduation option that has been under development this week.  The current plan is to hold graduation on the original date of May 22.  Coffee County Schools will host the Class of 2020 Parade of Graduates.  Each graduate and family members will be in a vehicle that will stage at the Raider Academy, follow a route that is determined by local law enforcement, and end at Coffee County Central High School.  Spectators will be able to park in various parking lots along the route to watch the procession.  The graduates will receive their graduation packet at the high school without exiting their cars.  This plan allows for proper social distancing of graduates and spectators, participation of the maximum number of graduates including those that are leaving this summer to serve in the armed forces, and the highest amount of community involvement.

While this is not the preferred method of graduation for the senior class, this plan represents an opportunity for families and the community to be a part of the celebration.  Coffee County Schools, in conjunction with local law enforcement, will make plans to maximize the safety of participants and spectators while providing our graduates with an experience to remember and honor their accomplishments.

Coffee County Schools would like to extend our appreciation to members of the Coffee County Sheriff’s Department and the Manchester Police Department as they have provided a significant amount of time consulting with us about plans.  Although these plans will place an increased burden on these two departments, all officers involved have been quick to help and make this event a top priority.

Photo by Barry West of a previous CCCHS graduation.