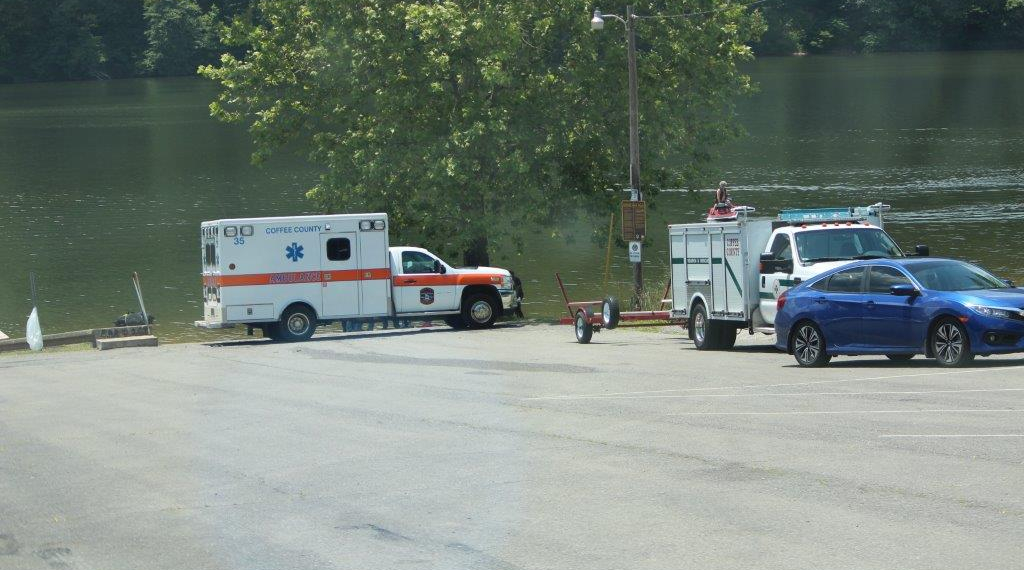 Early Thursday afternoon the Coffee County Communication Center received a call from a group of people that they had discovered a body near the Fire Lake Bridge in Coffee County.

Coffee County deputies arrived on the scene to secure the area and the Coffee County Rescue Squad was able to recover a male deceased body from the water. It is understood the man was between the ages of 30-35.

Authorities have not released the person’s name, but according to a source to On Target News it is believed the man is from the local area.

An autopsy will be performed to determine the exact cause of death.

Photo of emergency vehicles at the scene taken by Barry West