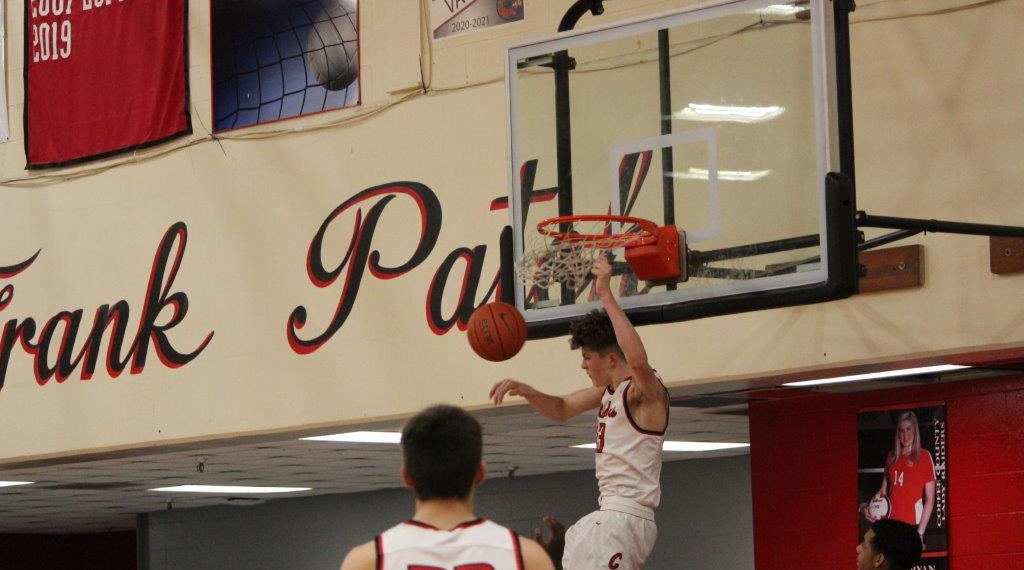 Raiders Power past the Eagles

The Coffee County Red Raiders played one their best overall games of the season with a dominating 65-49 win over Shelbyville.

Four Raiders hit for double figures led by Connor Shemwell with 17. Trenton Scrivnor put on a dunk-fest with 3 huge slams, including finishing off a beautiful alley-oop from Phineas Rollman. Scrivnor also had numerous assists and rebounds to go along with his 15 points. The two players were named Co-Crazy Daisies’ players of the game.

Hayden Hullett and Kyle Farless were big from the outside for Coffee County as they both finished with 10.

Coach Williams was able to use his bench in a big way as the Raiders stretched their lead to 58-35 at the end of 3 quarters. All 13 players that dressed played in the District 8-AAA win. The Raiders improved to 9-7 overall and 5-3 in district play.

Next up for both Coffee County teams are games against Warren County in McMinnville on Monday night start 6 p.m.  Hear the action live on Rooster 101.5 FM, rooster1015.com or the Rooster 101.5 app.