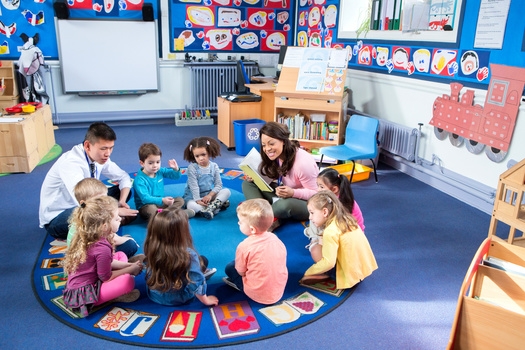 Report: Tennessee’s ‘State of the Child’ is Improving

Tennessee’s “State of the Child 2022” report is an assessment of how children are faring, and this year’s edition focuses on the situation for children post-pandemic.

The report from the Tennessee Commission on Children and Youth examines kids’ health and mental health, education, family economics, and the state’s child welfare and youth justice data.

Richard Kennedy, executive director of the Commission, said a goal of the report is to keep children’s issues on the minds of lawmakers and community partners across the state, as they discuss ways to make life better for kids and families. He added the report shows a significant improvement in one key area.

“I think the real story in the report is that Tennessee has seen a historic decline in child poverty,” Kennedy pointed out.

The report showed between 2019 and 2021, the number of children in poverty declined by 8%, and among kids under age five, it decreased by 18%. However, the reasons behind are due in large part to the assistance many families received from the federal government during the pandemic.

The report noted Tennessee ranks 47th in the nation for young people experiencing a major depressive episode who did not receive mental health services; 71% in Tennessee compared to 60% nationally.

Kylie Graves, policy specialist for the Commission, said one concern is the availability of providers.

“Tennessee has some challenges in terms of just getting access to rural counties and rural communities,” Graves explained. “Sometimes, if you’re in one of those counties, finding a mental health provider can be really challenging.”

Graves acknowledged the Tennessee Department of Education has been working to invest in mental health providers in schools. She added a child is six times more likely to maintain and receive mental health treatment if it is offered in a school rather than a community-based setting.

The report found Tennessee struggles with foster care placements, and even had the highest rate of foster care instability in the nation from 2016 to 2020. Kennedy asserted it is a call to action, saying the state needs more families who are trained and able to open their homes to the variety of young people in need of foster care.

One factor in foster care instability is a child’s age. Tennessee trends above the national average, with a higher percentage of kids ages 11-16, an age group typically harder to place in foster care.