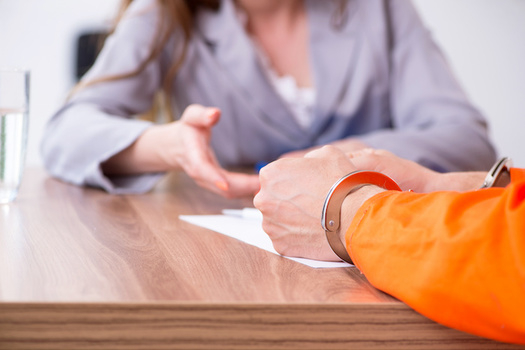 For rural Tennesseans, the cash-bail system has accelerated an endless cycle of arrests, excessively high bonds and incarceration, in communities already grappling with a substance-abuse epidemic and shrinking local economies.

According to a Vera Institute of Justice study, pre-trial incarcerations have jumped by 163% in the 53 rural Tennessee counties, compared with a 2% increase in urban areas in the past two decades.

Selina Williams, a mental-health liaison at Carey Counseling Center in Union City, a town with a population of about 10,000, said rural families without the means to pay bail suffer the most.

“People feel like that, ‘OK, people are in jail and it doesn’t affect the community.’ But actually it does; it’s affecting our children,” she said. “I think the whole community is impacted by the criminal-justice system.”

While larger counties have higher jail populations, rural regions are seeing the highest per-capita rates of incarceration, according to the ACLU of Tennessee. State lawmakers are considering a bill to boost regulation and oversight of bail-bond companies, and create a committee to review the state’s cash bail policies.

If Senate Bill 804 passes, the committee’s findings and recommendations would be due by next January. In the meantime, Williams said her community is fighting poverty and opioid use, on top of the coronavirus.

McMinn County resident Jessica, who asked that her last name be withheld, said she’s struggled with a substance-use disorder and is now in recovery. She said bail has affected her ability to stay employed.

“So, I was in and out of the jail system,” she said. “My dad, sometimes he’d post my bond, and then, sometimes he’d be fed up and he’d be like, ‘No, you’re going to sit there,’ you know. But then I’d lose my job – if I had one at the time – I’d lose my job for not being able to get bonded out. I felt terror, I guess, fear about losing my job.”

Both women in this report also are part of a campaign called “In Our Backyards,” highlighting the ways cash bail has affected rural Tennesseans.

Photo: The United States is one of the only countries in the world with a cash-bail system largely controlled by commercial bail-bond companies. (Adobe Stock)