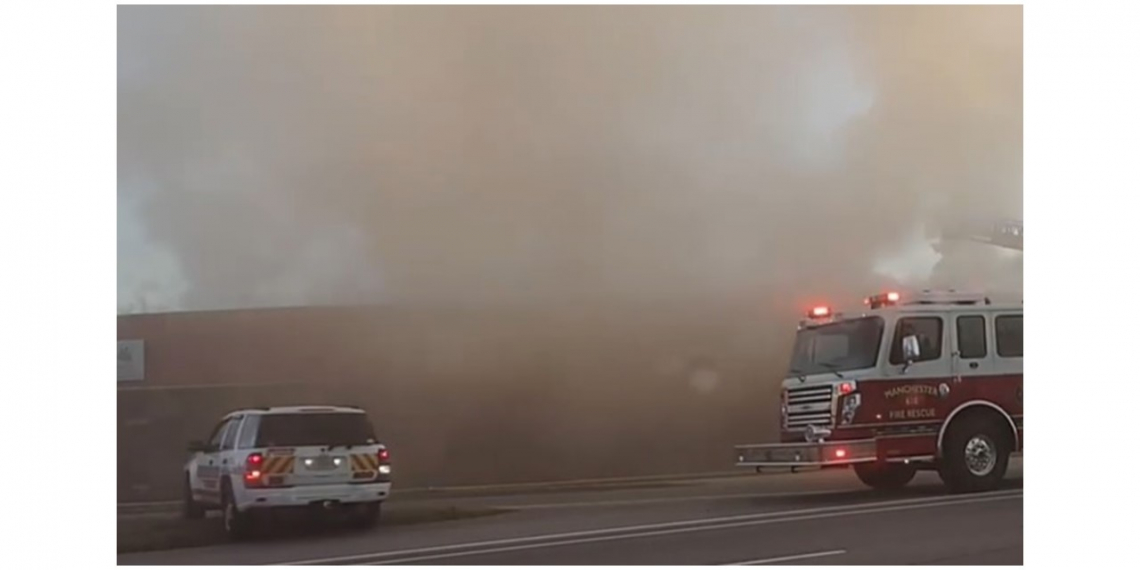 Six Manchester Businesses Damaged or Destroyed by Fire on Monday 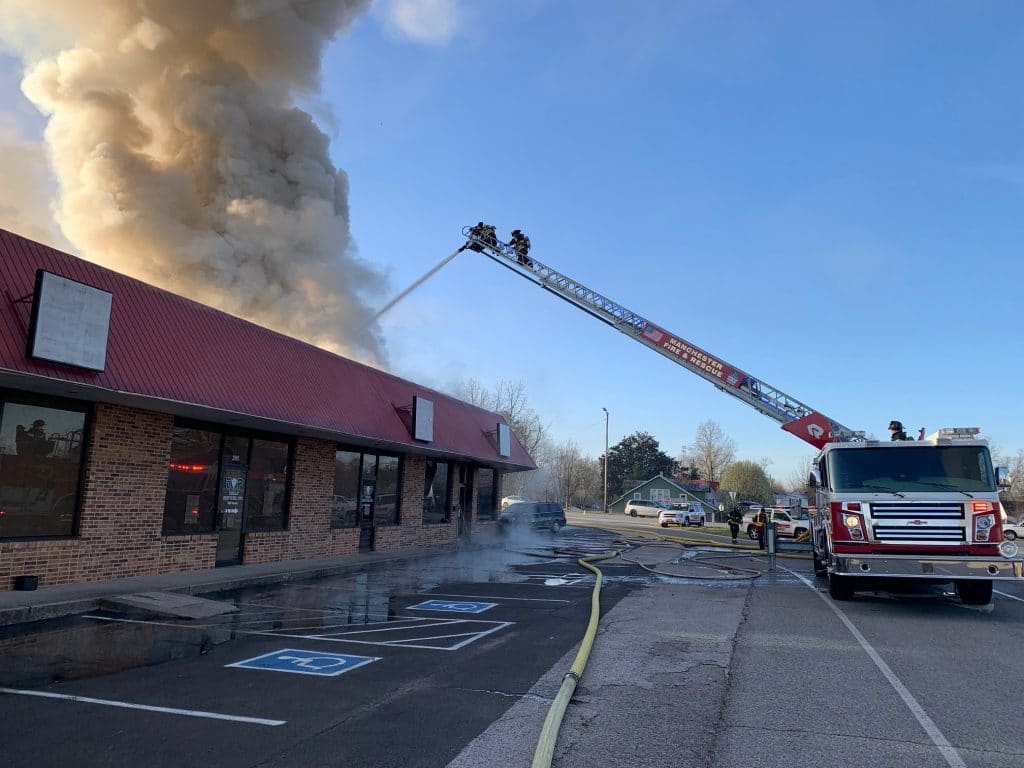 Residents in Manchester awoke to the report of a large fire near the downtown area.

The fire began around 6:15 a.m. on Monday at the Woodland Plaza at the corner Hwy 41 and Woodland St.

Manchester Fire & Rescue reported to the scene to find flames and heavy smoke. Firemen began multiple hours of work to bring the blaze under control.

To combat the fire as fire conditions changed, Tullahoma Fire Rescue responded to the scene with their Air Trailer and provided on scene air resupply for crews on scene.

The fire was near the warehouse storage area for Toliver’s Pawn and Jewelry where larger items like vehicles and tires are stored. Other businesses were heavily damaged, if not destroyed, including Most Awesome Cleaning, Reese’s Genes Boutique, Top Rehab Services, Greg Green Photography and The Hair Kuttery.

During the operation Manchester Police along with personnel from City Hall were on scene assisting firefighters with bottle changes and rehab operations.

There were no reported injuries. The cause of the fire is still unknown.

Coffee County Fire Investigation Team along with the TBI have begun an investigation.