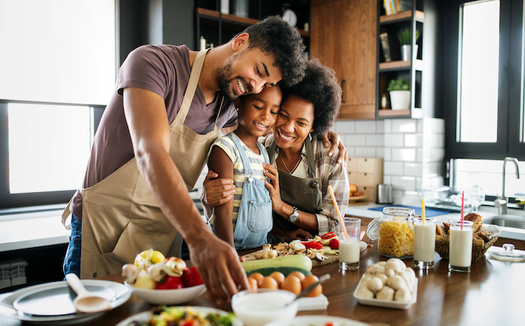 Food insecurity in Tennessee has risen dramatically over the past year and a half, especially among children.

According to Feeding America, more than 41% of households receiving SNAP benefits have kids.

Heather Taylor, strategic campaigns director at the nonprofit Bread for the World, said the amount will make a difference for eligible households.

“Now, what that means in real terms is an increase of about $36 per person per month,” Taylor explained.

As of July, more than 856,000 individuals in the state were enrolled in SNAP.

Last month, the Tennessee Department of Human Services agreed to pay the federal government around six-point-eight million dollars to resolve allegations it violated the law by manipulating SNAP quality control data for the department’s financial benefit from 2012 to 2014.

Taylor added for the past 45 years, SNAP benefits have been adjusted to match inflation and the cost of living, but have not increased to match changes in dietary guidelines and the higher costs associated with eating a healthy diet.

“The ability to purchase healthy foods, and not be relegated to high-sodium canned goods, or to pastas, things that increase diabetes and blood sugar,” Taylor outlined.

She pointed out the increase also will boost local economies through increased grocery-store spending and aid particularly vulnerable residents such as older adults living on fixed incomes.

“So this will be felt by the 42 million Americans that are currently participating in the SNAP program,” Taylor stated.

Photo: Research has found SNAP benefits cover 43% to 60% of what it costs to eat meals consistent with federal guidelines for what constitutes a healthy diet. (Adobe Stock)