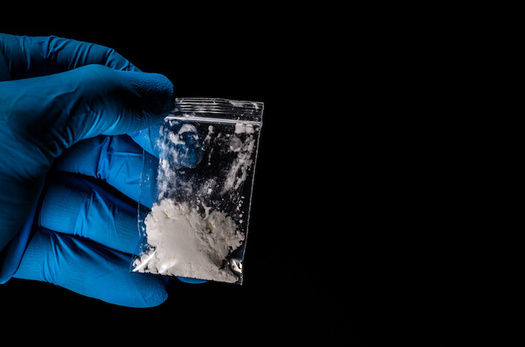 Online sales of counterfeit prescription pills containing fentanyl are on the rise, and experts say social media apps like Snapchat and TikTok are driving the surge, including in Tennessee.

Shabbir Safdar, executive director of the Partnership for Safe Medicines, said an alarming number of counterfeit prescription drug pills containing fentanyl are being bought online by teens and young adults.

“And in fact, just in the last four years, we’ve tracked fatalities in 19 different states from people who’ve met a drug trafficker on Snapchat and then bought a fake pill,” Safdar reported.

According to the Tennessee Department of Mental Health and Substance Abuse Services, more than 2,000 Tennesseans died of fentanyl-related drug overdoses in 2020, more than double the number in 2019.

Tennessee is one of many states recently passing laws decriminalizing fentanyl test strips in an effort to reduce deaths. The tests work by dipping the strip in water containing dissolved drugs.

Safdar noted he believes strips should be legal but pointed out they do not always detect fentanyl in large batches.
“In fact, there’s a young man in Tennessee that we profiled in the last couple of years, who he and his friends all order Xanax off the dark Web, and they each took a pill,” Safdar recounted. “It was only this young man’s that had the fatal amount of fentanyl in it.”

Safdar pointed out more Americans are turning to online pharmacies for acetaminophen, aspirin, blood thinners and other routine medications, but said there’s risk in buying products from any source other than a licensed pharmacy.

“During the pandemic, as many as one in seven Americans went online to purchase medication, and many of them went to these fake Canadian pharmacy websites,” Safdar emphasized.

According to a study in the Journal of the American Pharmacies Association, there are more than 11,000 websites based in the U.S. and Canada calling themselves “pharmacies” and selling drugs online.

Photo: More than 150 people die every day from overdoses related to synthetic opioids such as fentanyl, according to the Centers for Disease Control and Prevention. (Adobe Stock)