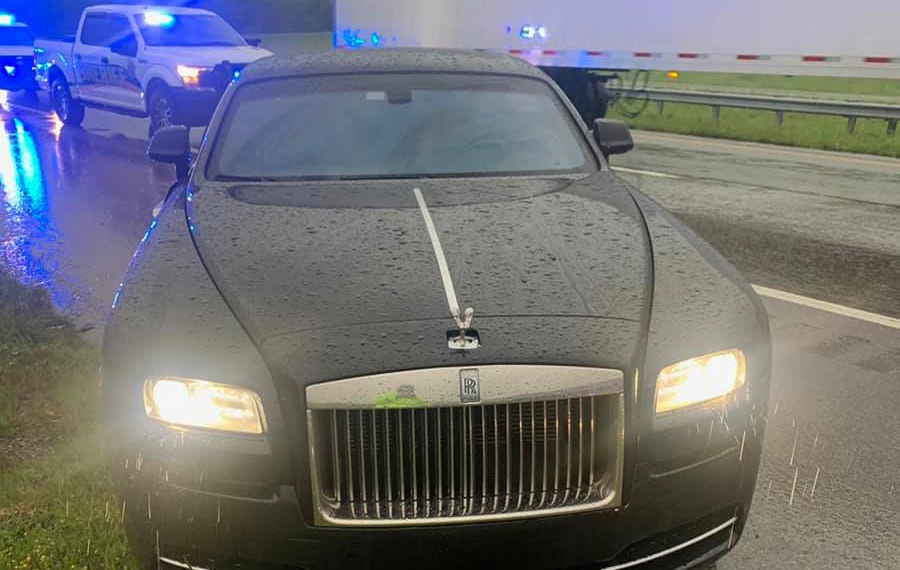 On May 4, the Tennessee Highway Patrol (THP) Chattanooga District responded to a BOLO from the Georgia State Patrol (GSP) that their troopers were in pursuit of a stolen Rolls-Royce out of Georgia. THP Sergeant David McVey observed the stolen vehicle speeding at 177 mph on I-24 WB in Marion County, Tennessee. The stolen vehicle then passed a Porsche 944 and caused the driver of the Porsche to crash into the rear of the Rolls-Royce. Both vehicles pulled to the shoulder of I-24 at the 127 mm, where two males exited the Rolls-Royce and attempted to physically remove or carjack the driver of the Porsche. During the altercation, a semi-automatic pistol was presented by one of the suspects.

THP Sergeant McVey pulled in behind the vehicles, where he observed one male with his clothing partially torn yelling for help. The sergeant quickly brought the man to safety behind his patrol vehicle. Sergeant McVey then apprehended the two male suspects. Sergeant McVey then recovered a loaded Glock 9 millimeter semi-automatic pistol which had been dropped in the Porsche during the altercation.

“We are so thankful for the high level of partnership that the THP has with the Georgia Department of Public Safety and all of our federal, state, and local partners,” said Colonel Matt Perry.

Photo from the THP