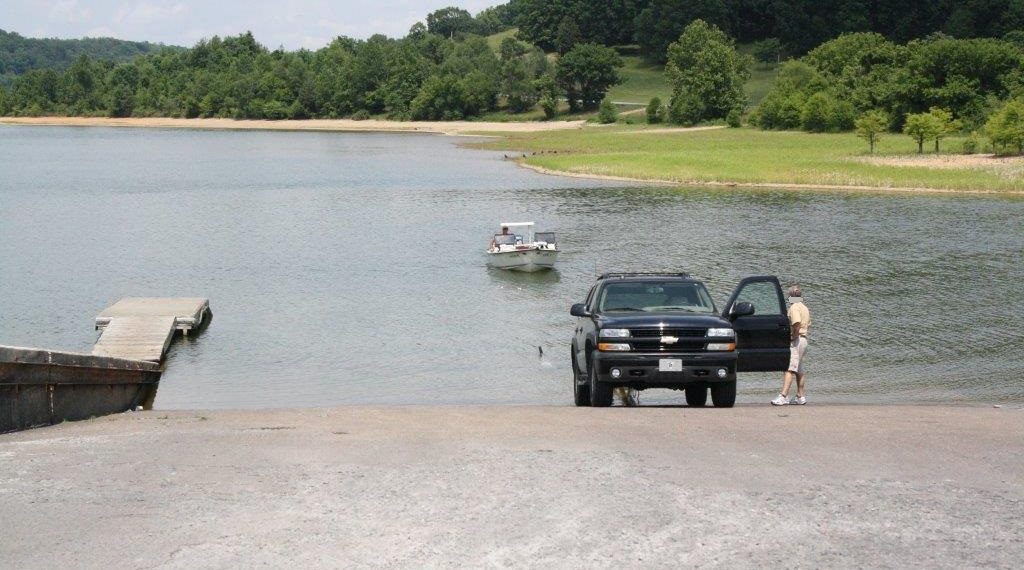 The Tennessee Department of Environment and Conservation (TDEC) today announced a precautionary fish consumption advisory due to mercury on Normandy Reservoir on the Duck River in Bedford and Coffee counties.
In a 2006 statewide screening of Tennessee rivers and lakes, Normandy Reservoir was identified as a waterbody where mercury levels in fish were elevated, but not over the trigger used to issue advisories. Today’s action, which is the result of additional studies by TDEC and the Tennessee Valley Authority, is for black bass species in the entirety of the reservoir.
TDEC advises that pregnant or nursing mothers and children avoid eating the fish species included in the advisory and that all others limit consumption to one meal per month. Other recreational activities such as boating, swimming, wading, and catch-and-release fishing carry no risk.
“We provide these advisories so the community can make informed decisions about whether or not to consume the fish they catch,” TDEC Deputy Commissioner Greg Young said. “Unlike ‘do not consume’ advisories that warn the general population to avoid eating fish from a particular body of water altogether, precautionary fish consumption advisories are specifically directed to sensitive populations such as children, pregnant women, nursing mothers and those who may eat fish frequently from the same body of water.”
The Tennessee Valley Authority (TVA) collected fish in Normandy Reservoir in 2010, 2011, 2013, and 2016. TVA’s fish tissue monitoring station is located at river mile 249.5 in the lake forebay near the dam.
In 2012 and 2013, the department collected fish at the forebay station and in 2013, additionally sampled at the Manchester/Tullahoma water intake at mile 255.1.
These studies documented that in black bass species – which include smallmouth, largemouth and spotted bass – mercury levels were above the trigger currently used by the department. This trigger, 0.3 mg/kg (parts per million), was jointly recommended by both the U.S. Environmental Protection Agency and U.S. Food and Drug Administration.
TDEC considers the source of mercury in Normandy Reservoir to be atmospheric deposition. According to the EPA, atmospheric deposition due to the global burning of coal is the most frequent reason for elevated levels of mercury in fish.
TDEC will post warning signs at public access points and will work with the Tennessee Wildlife Resources Agency to communicate this information to the public.
About Fish Consumption Advisories
The Tennessee Water Quality Control Act identifies the commissioner of the Department of Environment and Conservation as having the authority and responsibility to issue advisories for either water contact hazards like pathogens or excessive health risks due to the accumulation of contaminants in fish or shellfish. Tennessee’s General Water Quality Criteria provide additional guidance regarding the conditions under which advisories may be warranted.
There are two types of fish consumption advisories issued by TDEC based on the levels of contaminants present in fish tissue. “Do not consume” fishing advisories are issued when levels of contaminants in fish tissue would represent a threat to the general population. Precautionary advisories are issued when contaminant levels are lower, but would still pose a risk to sensitive populations such as children, pregnant women, nursing mothers and those who eat fish frequently from the same body of water.
According to the U.S. Environmental Protection Agency, mercury is a naturally occurring element that can be found throughout the environment. Human activities have caused the amount of mercury in some areas to increase. The primary way people in the United States are exposed to mercury is by eating fish containing methylmercury, a toxic form of mercury that accumulates easily in organisms.
Where new advisories have been issued, TDEC will immediately begin the process of putting up signs at primary public access points. TDEC works in partnership with the Tennessee Wildlife Resources Agency to communicate information about fishing advisories.