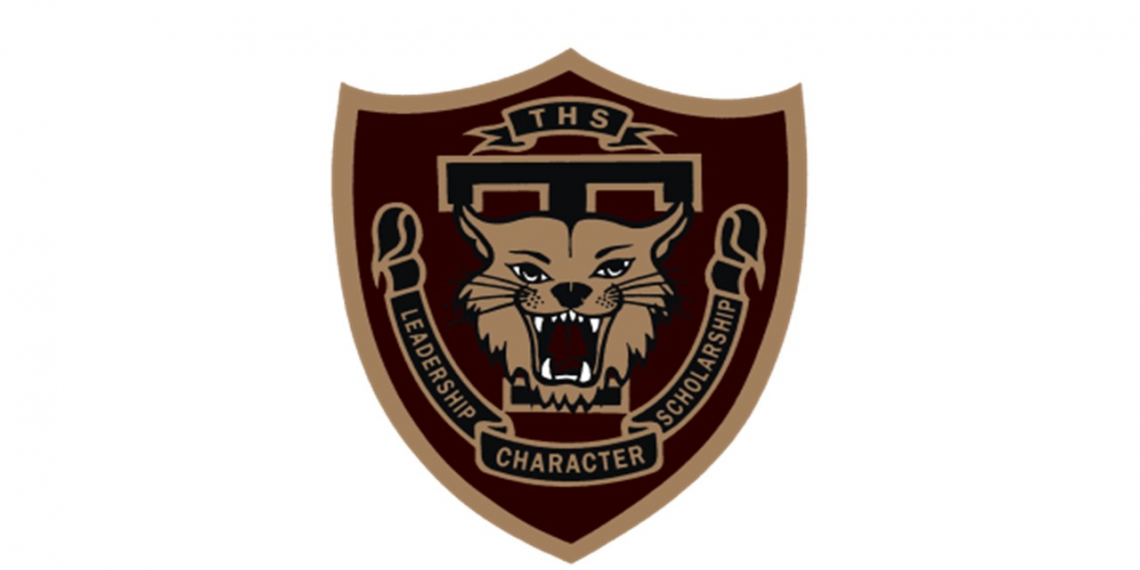 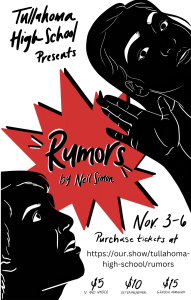 It’s not just hearsay. The Tullahoma High School Theater Department is actually bringing Rumors to the stage for its fall production and opening night is this Thursday, Nov. 3.

Rumors is a Broadway play written by Neil Simon and is set in New York. The story takes place at an anniversary party, and as guests show up, things start to go awry, and nobody knows the truth about what is occurring. As attendees begin to talk, rumors start to weave into the conversations.

“It’s funny, humorous and odd as situations occur when these wealthy New Yorkers attend their friend’s anniversary party,” said THS Theater Director Benjamin Spurlock. “The longer we get into the production, the viewer gets to watch each character bury themselves in lies amongst the chaos. It is funny to watch it unfold.”

As the show enters the final week of rehearsals, Spurlock, the cast and crew members are ready to get this production underway.

“So far, everything has gone swimmingly,” Spurlock said. “Cast members have done a great job memorizing their lines and preparing. We’ve also had a ton of support for each set-build day, which is why we have been able to get this up and running as quickly as we have.”

When deciding on a performance for the fall, Spurlock looked at several options. In the spring, the THS Theater Department brought The Addams Family Musical to the stage. Putting together that performance required many moving parts, including an extensive set design needing to be built and many musical rehearsals. However, that also allowed Spurlock to know what his students are capable of doing as he makes plans for future productions.

“With The Addams Family Musical, the students really proved to me that they could handle shows of a larger scale,” Spurlock said. “This show involves the return of a second-story house and then some. I just wanted to up the difficulty for them, and so far, they have proven they can handle it.”

The show will run from Thursday, Nov. 3 until Sunday, Nov. 6. Showtime on Thursday and Friday is at 6 p.m. Saturday will feature two performances, one at 2 p.m. and another at 6 p.m. Sunday will only be a matinee performance at 2 p.m. Those wanting to attend are encouraged to buy tickets in advance, purchasing tickets online at the link here. Limited tickets will be available at the door and are $15 for adults, $10 for seniors and veterans and $5 for children 12 years old and younger. Tullahoma City School faculty and high school students will receive free admittance when they show their school ID.

First Time since 1981 Raiders Win 8th game in a season