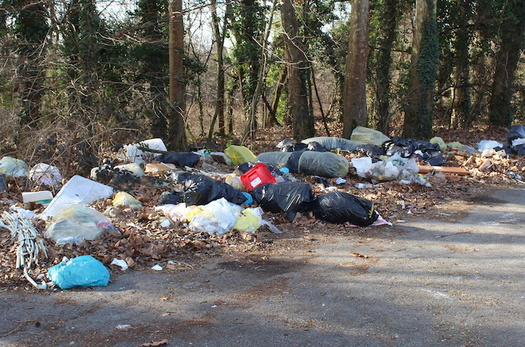 Plastic bottles and cans line many of the state’s roadways and rivers, and now the state is conducting a large research study to pinpoint the sources and composition of litter, its financial and environmental costs, and the effectiveness of existing efforts to clean it up.

The Tennessee Advisory Commission on Intergovernmental Relations, a nonpartisan body that serves as the research arm of the Tennessee General Assembly, recently greenlighted the initiative.

Michael Butler, CEO of the Tennessee Wildlife Federation, said litter is not managed in a focused, systemic way, and instead has been addressed by various volunteer efforts focused on cleanup.

“There’s not a systemic approach to a problem that has obviously grown during the pandemic into something that is, in our opinion, out of control,” Butler asserted.

Despite $15 million in taxpayer money spent to clean up around more than 20 million pounds of litter year after year, an estimated 100 million pieces of new litter remain alongside Tennessee roads, according to the group Tennessee Clean.

Butler noted the Tennessee River contains more microplastics per gallon than any other studied river in the nation. He added the state’s agriculture suffers an estimated $60 million in damages annually from litter alone.

“Agriculture sees a significant impact,” Butler observed. “Have you ever watched a plastic bag get sucked into a cotton baler?”

Statewide studies have shown beverage containers, lids and straws are the biggest problems, along with napkins, paper bags, tissues and packaging of snack foods and cigarettes.