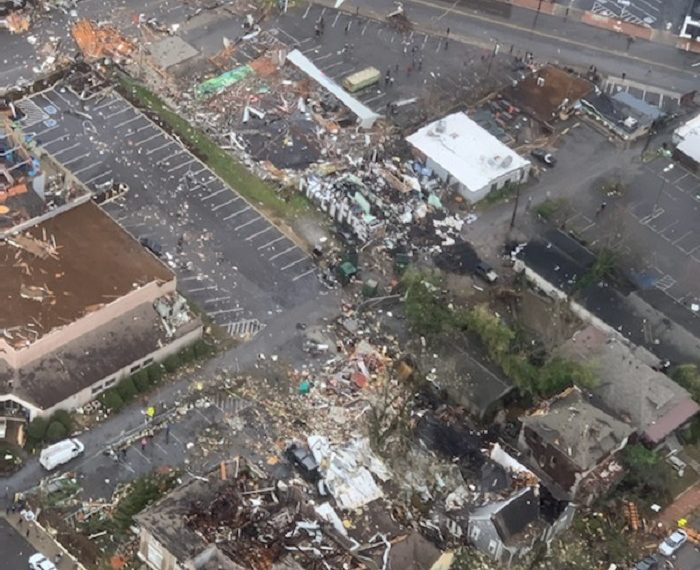 Soldiers and Airmen from the Tennessee National Guard have been activated in response to the EF-3 tornados that struck Davidson, Wilson, and Putnam counties in the early morning of March 3.
25 deaths have been attributed to the tornados. The John C. Tune Airport in Nashville sustained $93 million in damage.
Currently, personnel from the Tennessee Air Guard’s 118th Mission Support Group, based at Berry Field, have moved 2-100KW generators to support a water treatment facility in Jackson County.
More than 60 Soldiers with the 278th Armored Cavalry Regiment’s 2nd Squadron from the National Guard armory in Cookeville are supporting state and local police with traffic control. Additionally, a military police company has also been activated.