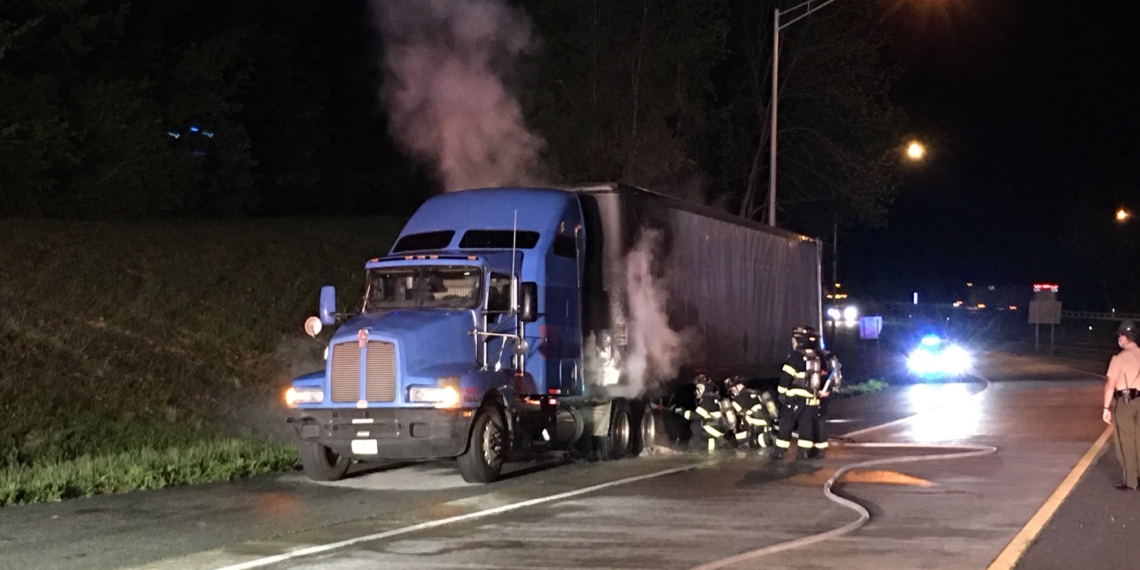 Manchester Fire & Rescue responded to a tractor-trailer fire at Exit 110 off ramp Tuesday night around 9:45pm.

When crews arrived on scene the rear axle 5th wheel area of the tractor was on fire and it began spreading into the left front corner of the trailer. Firemen deployed an attack line and began extinguishing the fire in that area.

Once the fire was knocked down, crews entered the trailer to determine the extent of the damage to the cargo which was limestone pellets. There were approximately 22 pallets of material, and only 1 pallet was affected by the fire.

Manchester Fire Chief George Chambers said that firemen did a great job aggressively attacking the fire and extinguishing it as quickly as possible. There were no injuries during this incident.