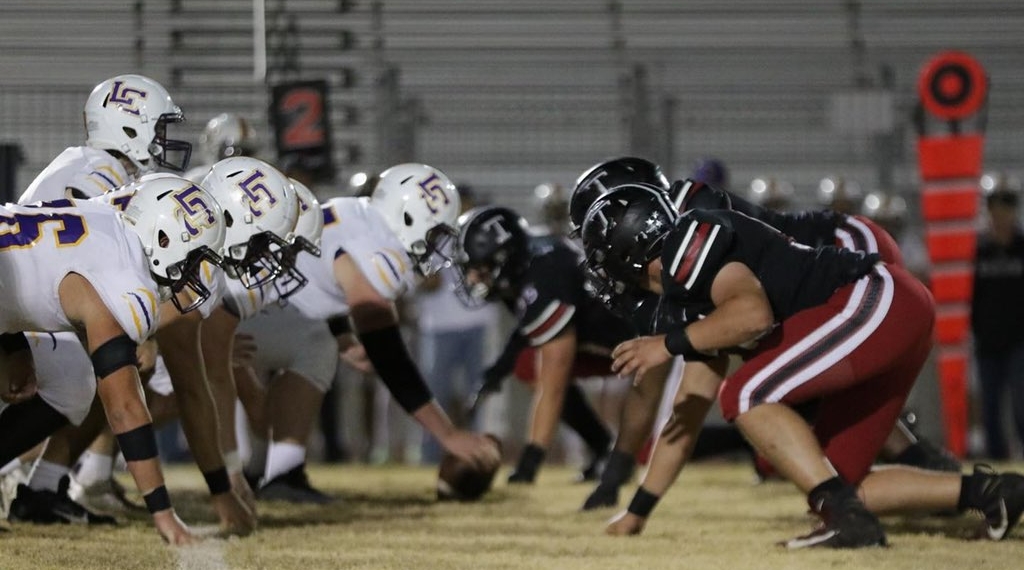 The Tullahoma Wildcats had their two game win streak snapped and their playoff hopes took a serious hit with a 14-10 loss to Lawrence County Friday night at Wilkins Stadium.

In a game which was a time of possession battle from the opening kick off Tullahoma marched 61 yards in 5:03 seconds to strike first on a one yard Jaxon Sheffield run with 6:53 left in the first quarter.

Aided by a facemask penalty tacked onto an 18 yard run Lawrence County answered right back on their opening possession which bled 6:46 off the clock to tie it at 7 on a five yard run by Letavion Everly with :07 second left in the first quarter.

Tullahoma and Lawrence County each punted on their next possession though Lawrence managed 3 first downs to milk 8:07 seconds off the clock. That set up the two minute drill for Tullahoma which ended with Grant Chadwhick missing to the right on a 23 yard field goal as time expired on the first half leaving us knotted at 7 at the break.

Tullahoma forced Lawrence County into third and long after a hold negated a first down on the opening drive of the third. Liam Grider came up with the interception of Andrew Daniel setting up Tullahoma up on the Lawrence County 27 early in the third however Tullahoma would have to settle for an 18 yard Grant Chadwhick field goal giving them a 10-7 lead with 6:13 left in the third quarter.

Following another Lawrence County punt, that somehow erased five minutes off the clock, Tullahoma appeared to be driving for more points but dropped a 4th and three pass to turn it over on downs. Lawrence County cashed in on the ensuing drive as Everly scored his second of the night from a yard out to make it 14-10 Lawrence County with 2:47 to play in the game.

Needing a touchdown to win Tullahoma again was on the move when Sheffield was stopped on 4th and short with a little under 2 minutes to play in the game. Lawrence County ran as much time off the clock as possible before Tullahoma was able to get a stop and use their remaining timeouts to get the ball back with :14 seconds remaining however their last second last gaps wasn’t enough and Lawrence County held on for the 4 point win, ending a five game skid vs Tullahoma.

The loss drops Tullahoma to 3-5 on the year and 2-4 in Region 5-4A. They will visit Greenbrier next Friday in the final road game of the season. Coverage, built by Twin Cedars Construction, begins at 6:30 with Wildcat Countdown followed by kickoff at 7:00 on 93.9 The Duck.