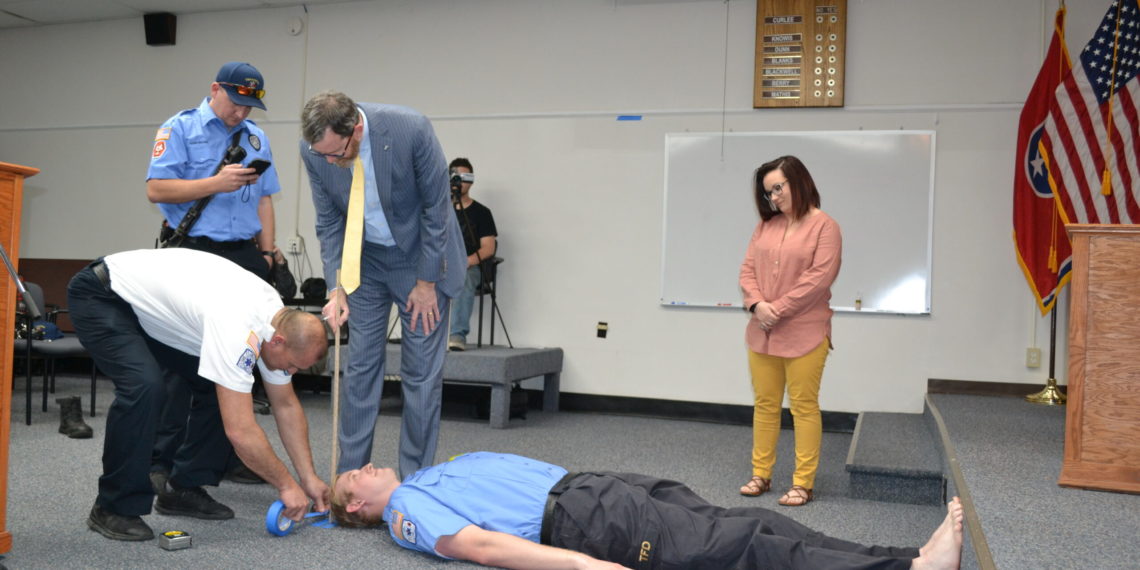 How would like to hold a world-record? Well, a Tullahoma fireman might be headed to Guinness Book of World Records.
Brandon Berridge stands 6′ 11 9/16″ tall and was recently measured to see if he’s the tallest fireman in the world. It is believed that Berridge has the record by a full 5 inches.
Last year, after seeing Berridge was in the Fire Pup costume, Chief Richard Shasteen joked that Berridge was the tallest Fire Pup in the world. Berridge contacted Guinness and almost a year later, he received the instructions.
The requirements were that he be measured three times on the same day by a doctor, standing up and lying down. The final measurement was capture at the Board of Mayor and Aldermen meeting. Often at lunch, Berridge uses the top of the refrigerator as his table.
Berridge is 27 years-old who has been on the force for twenty months.