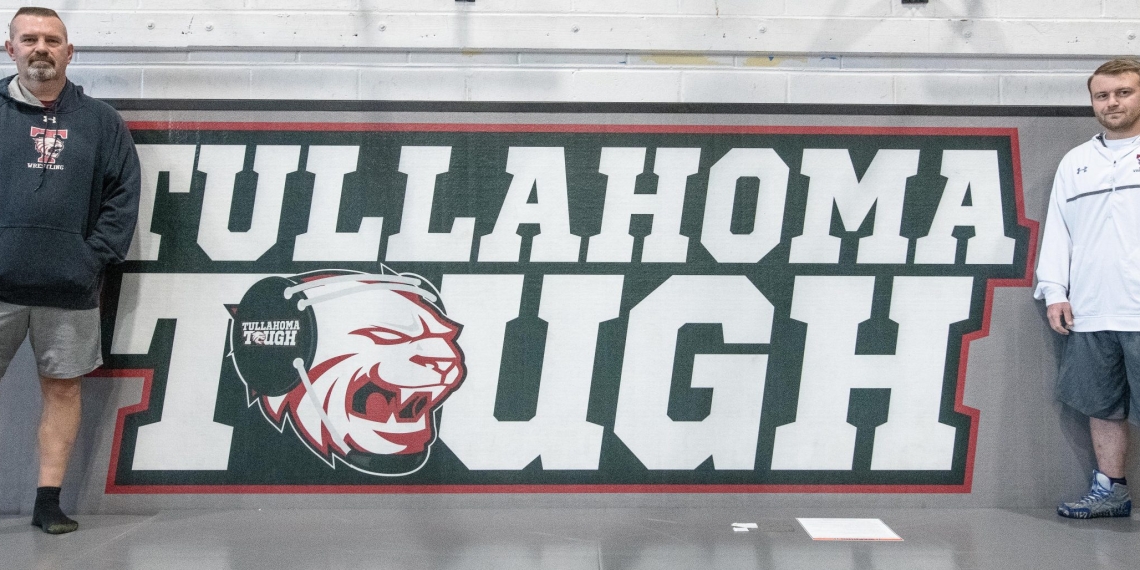 Tullahoma wrestlers will open the season in less than a month, and on the sidelines will feature familiar faces in different roles, as the high school teams have two new head coaches.

After serving as an assistant coach for the last three years, Sean Adkins takes over the Wildcat program and on the girl’s side, Eric Feuerbacher helms the Lady Wildcats. Adkins and Feuerbacher come into their new positions with wrestling experience and familiarity with the Tullahoma programs.

Prior to being an assistant at the high school level, Adkins spent time coaching several different levels in Tullahoma, including as head coach of the middle school Wildcats. He then moved to his assistant role for the last three seasons.

“There are quite a few senior wrestlers on this team who I have coached since they were 4 or 5 years old,” Adkins said. “It’s exciting to see them through AAU, middle school, and now high school. That’s something that I think is exciting, and I’m looking forward to seeing what they can do this year.”

Adkins began wrestling as a student at Marion County, wrestling all four years of high school. After serving in the United States Navy for 20 years, he retired and began his coaching career.

“I just love the work ethic of wrestlers and I love seeing kids work through ups and downs of this sport,” Adkins said. “They can get beat, but then seeing them turn around and get a win is such a rewarding experience. All athletes work hard, but wrestlers are a different breed.”

Feuerbacher began his wrestling career as a sixth-grader in Murfreesboro. At Blackman High School in 2011, he was crowned the state champion in the 125-pound weight class. He continued his wrestling career in college at MTSU, where he was a two-time All-American and a two-time Academic All-American. He twice took fourth place at the National Collegiate Wrestling Association National Championship after wrestling in the 133-pound weight class in 2014 and 2015.

“There’s just so much more to wrestling, and it teaches you so much more than just about the sport,” Feuerbacher said. “It teaches you about holding yourself accountable, self-discipline and a lot of things that just translate further into life.”

After MTSU, Feuerbacher has continued coaching, even getting a first-hand look at the Lady Wildcats. His wife, Tori, has been an assistant coach since the Tullahoma girl’s program was formed in 2016. That familiarity helps him as he heads into his first year at the helm of the Lady Wildcats.

“I’m excited to help this program continue to grow and see what good things can happen,” Feuerbacher said. “This program is really one big family, and we have girls who are full of grit. It’s going to be a good season. I’m excited to help these young women grow and become role models for this community and the sport of girls wrestling, and even role models for my two daughters if they want to grow up and wrestle.”

Tullahoma opens the preseason with the T-Town Rumble, which takes place at THS on Nov. 12. Both the Lady Wildcats and ’Cats will open their seasons on Nov. 19 with a trip to Blackman. The first home match will occur on Dec. 1 when both teams host Coffee County and Community inside the Welsh Wrestling Center at 5 p.m.

Photo: Sean Adkins (left) has been named the new head coach of the THS boys team, while Eric Feuerbacher will be at the helm of the the Lady Wildcats program.