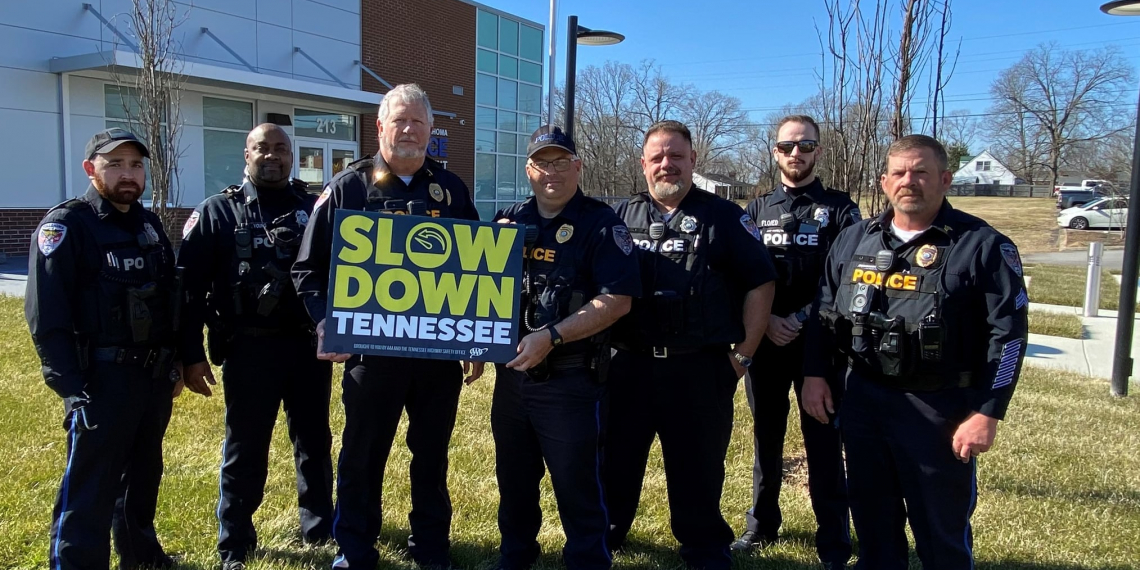 The Tullahoma Police Department (TPD) has teamed up with the Tennessee Highway Safety Office (THSO) to remind Tullahoma and Tennessee drivers to slow down.

Speeding is a contributing factor in 26 percent of all traffic fatalities in America (THS0). TPD is working to educate Tullahoma drivers about the dangers of speeding. “Speeding makes a crash more likely to happen because stopping distance increases,” said Chief Jason Williams. “High speed accidents are also more deadly and endangers the lives of other roadway users.”

According to THSO, high speeds also have the following dangerous consequences:

And unfortunately, young drivers are most at risk (THS0).

The TPD is working to reduce speeding and the associated risks. Currently, TPD is conducting an awareness campaign and saturation patrols to let drivers know: Slow Down Tullahoma.

Driving the speed limit will result in fewer crashes and lower driving expenses. “Speeding is an issue, and we want drivers to be safe and slow down,” said Chief Williams. “Drivers can expect to see more radar patrols and new signs as a reminder to slow down. Not only can a crash have life changing injuries, but it can also result in expensive fines and insurance rate increases.”

Drivers will also start to see a new speed trailer that collects data on drivers and reminds them to smile as they drive by.

“We hope this awareness campaign combined with more aggressive speeding patrols will result in less speeding.”