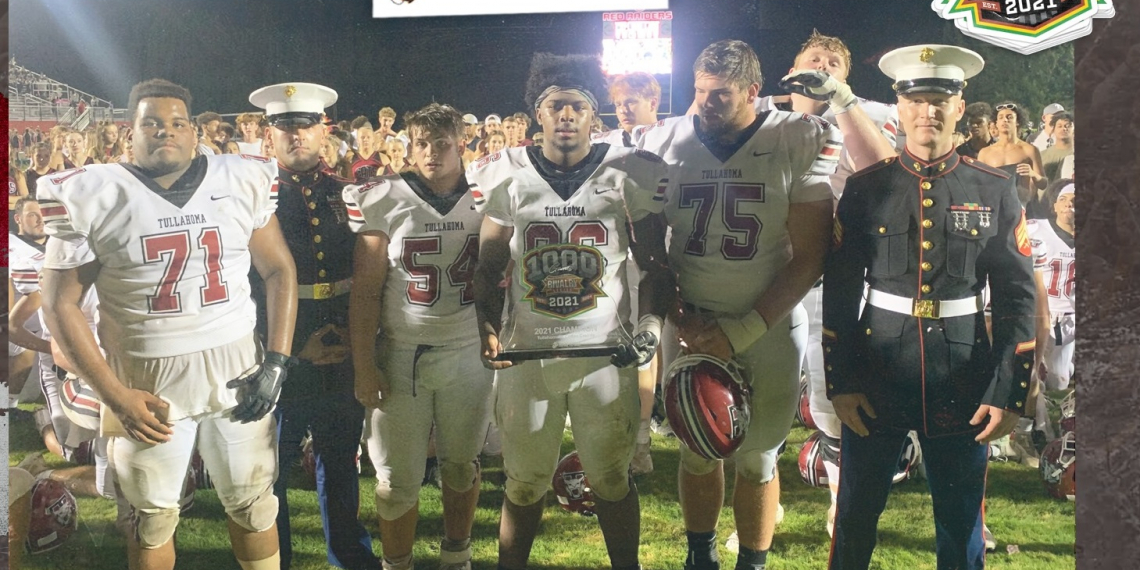 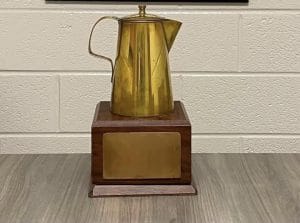 After the 1st quarter Friday night at Carden-Jarrell Field in Manchester it looked like the 96th edition of the Coffee Pot game appeared to be headed to a tight battle. The game was tied 0-0, but in the 2nd the Tullahoma Wildcats began to catch fire as they went racked up 372 yards offense. The Cats hold onto the Pot for another year with a 38-7 win to push their record to 2-0 on the season.

Tullahoma QB Ryan Scott had a huge night as he went 14 of 17 passing the ball for 262 yards and 4 TD passes.

Joe Duncan, Krys Uselton, Brody Melton and KeiShawn Cummings each had 1 touchdown reception. Cummings also had a TD run. Kicker Justin Chadwick got in on the scoring with 46-yard field goal.

The Red Raiders scored their only touchdown in the 4th quarter when freshman quarterback Cole Pippenger ran the ball to paydirt from 15 yards out.

Konor Heaton had 41 yards rushing and Pippenger added 35 to lead Coffee County on the ground.

Blayne Myers was named the Sir Pizza Player of the Game for his play on defense for the Raiders.

Tullahoma is off this week before they host their home opener on Sept. 10 against Marshall County.

Coffee County (1-1) plays on the road in Raiders’ first region game of the year at Shelbyville. You can hear the action on The Rooster 101.5 FM starting at 6 pm with the Tri-Star pregame show with kickoff set for 7 pm.