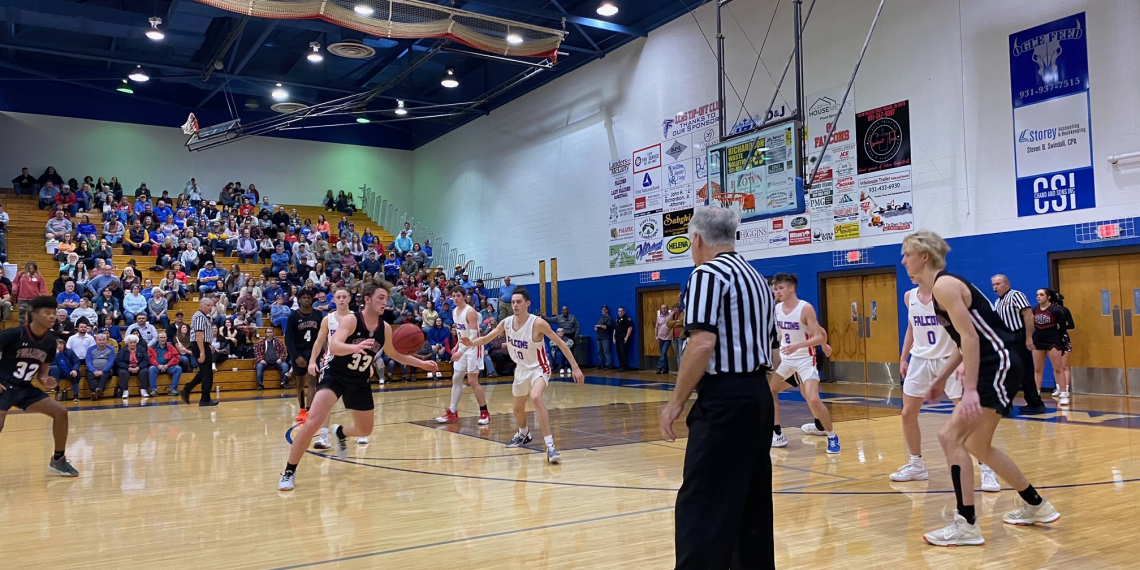 Tullahoma traveled to Fayetteville for high school basketball on Thursday night. This was the final regular season district games of the season for both schools.

In girls plays the Lady Cats battled the Lady Falcons in a low scoring game. Tullahoma managed to get the 36-31 win.

Tullahoma finished district play with a 7-3 mark with their overall record improving to 16-7. Lincoln County ended their regular district season at 5-5 and an overall record of 12-11.

Lucy Nutt was named the 93.9 The Duck Player of the Game. She had an outstanding overall game and finished with 10 points. Alivia Bowen had 11 to lead the Lady Cats. Abby Bryan and Annalie Malone both had 12 for the Lady Falcons.

In the boys’ game Lincoln County was led by their tremendous shooter Owen Sandlin who scored 31 points to help the Falcons past Tullahoma 71-55.

The Wildcats fell behind by 21 at halftime but outscored Lincoln County in the 2nd half by 5. Tullahoma dropped to 5-5 in district play and 8-15 overall. The Falcons improved to 8-2 in the district and 20-5 overall.

Sophomore Grant Chadwick came off the bench to lead the Wildcats in scoring with 13. He was named the 93.9 The Duck Player of the Game. Freshman DeAndre Jenkins added 10.