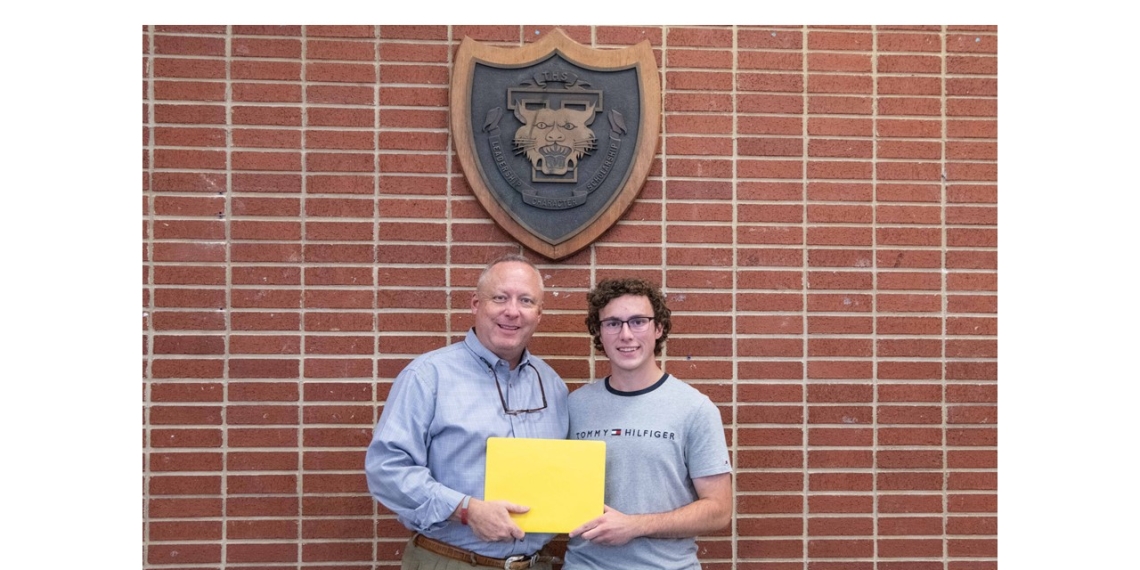 “This honor means a lot, and I worked hard to achieve this goal,” Banks said. “This will open a lot of doors for me as I start applying to colleges and look forward to the future.”

The National Merit Scholarship Program identifies and honors academically gifted high school students across the United States. Approximately 1.5 million students in the U.S. take the Preliminary SAT/National Merit Qualifying Test. Out of those students taking the exam, 50,000 are selected as top scorers, and nearly 16,000 are identified as National Merit Semifinalists.

Banks is now the third student from Tullahoma High School in the last two years to be named a National Merit Semifinalist. Last year, Franklin Zhang and Jacob Bennett received the same status before being named National Merit Finalists this past spring. The 2023 finalists are scheduled to be announced in February.

“I could not be more proud of Jackson as he continues the tradition of Tullahoma High School producing a National Merit semifinalist each year,” said THS Principal Jason Quick. “Jackson has spent his four years at THS and is committed to pursuing academic excellence and meeting the expectations of a Wildcat.”

While he doesn’t know quite yet where he would like to attend college, Banks said his goal is to attend a four-year university where he plans to major in mechanical engineering. The THS senior was honored during the Tullahoma Board of Education meeting that took place Tuesday. “It’s always exciting to celebrate our students, and I’m so happy Jackson was in attendance on Tuesday,” said TCS Director of Schools, Dr. Catherine Stephens. “Being named a National Merit Semifinalist is a tremendous accomplishment, and we are eagerly awaiting the next level of results as he moves forward in this award process.”

Photo: Jackson Banks was recently named a National Merit Semifinalist and celebrates with THS Principal Jason Quick in the photo. The THS senior was honored by the Tullahoma Board of Education last Tuesday and plans to major in mechanical engineering.