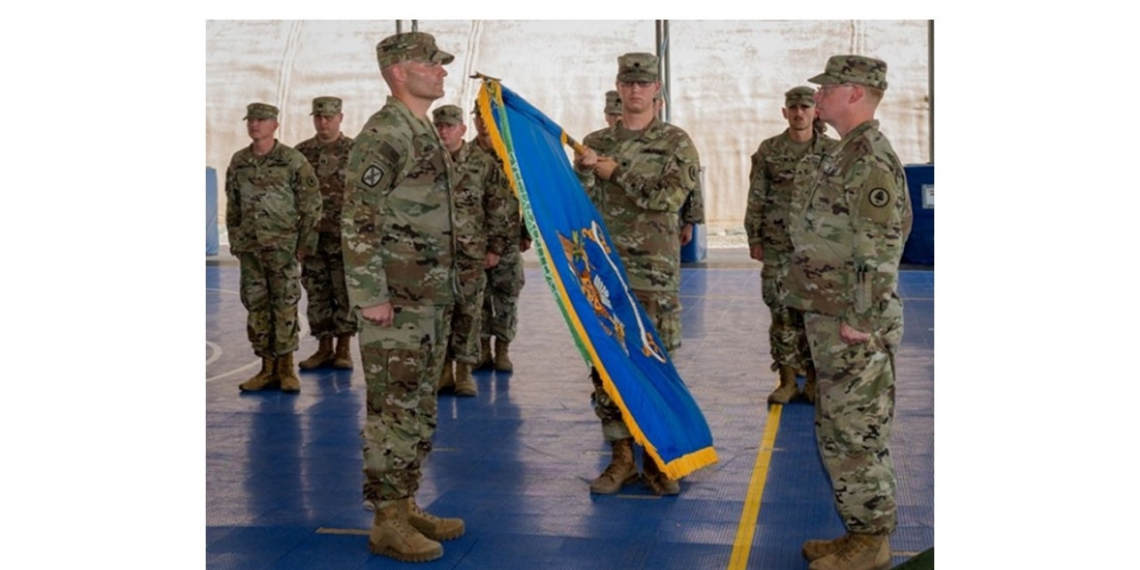 The Soldiers flew into various airports throughout Tennessee over the weekend and were greeted by fellow Soldiers, family, and friends. The unit has been out-processing at Fort Hood, Texas, since June 20, when they flew back to the United States.

“Our team has worked extremely hard since leaving Tennessee last August,” said Lt. Col. Mark Jordan, commander of the 1-107th. “These Soldiers represented our battalion and the Tennessee National Guard exceptionally well, positively impacting the mission for years to come.”

The 107th deployed to the Horn of Africa in August 2021, and conducted airfield operations in Djibouti, Somalia, and Kenya. The Tennesseans provided tactical air traffic control and airfield management to various airfields throughout East Africa in support of Combined Joint Task Force – Horn of Africa, continuously maintained critical runways, and de-conflicted with host nation aviation authorities.

During a transfer of authority ceremony on June 15, Maj. Gen. Jami Shawley, the commander of CJTF-HOA, told the unit, “Wherever you went the airfields became sturdier, air traffic control operations more streamlined and, yes, the wildlife a bit more manageable. You successfully conducted over 12,500 aircraft movements and throughput over 2,400 passengers without incident.”

Throughout their deployment, the Tennesseans also established an air traffic control tower and radar team in Kenya and installed and utilized high frequency radio communications between Manda Bay, Kenya, and the U.S. Army headquarters in Djibouti, which are over 950 miles apart. The 107th safety officers also trained over 800 Soldiers and contractors on accident response and airfield operations.

“I love these Soldiers, and I am very proud of their accomplishments and dedicated service,” said Jordan. “Now it’s time to catch our breath and enjoy some much-deserved family time.”

Independence Day Travelers in Tennessee Won't be Delayed by Construction