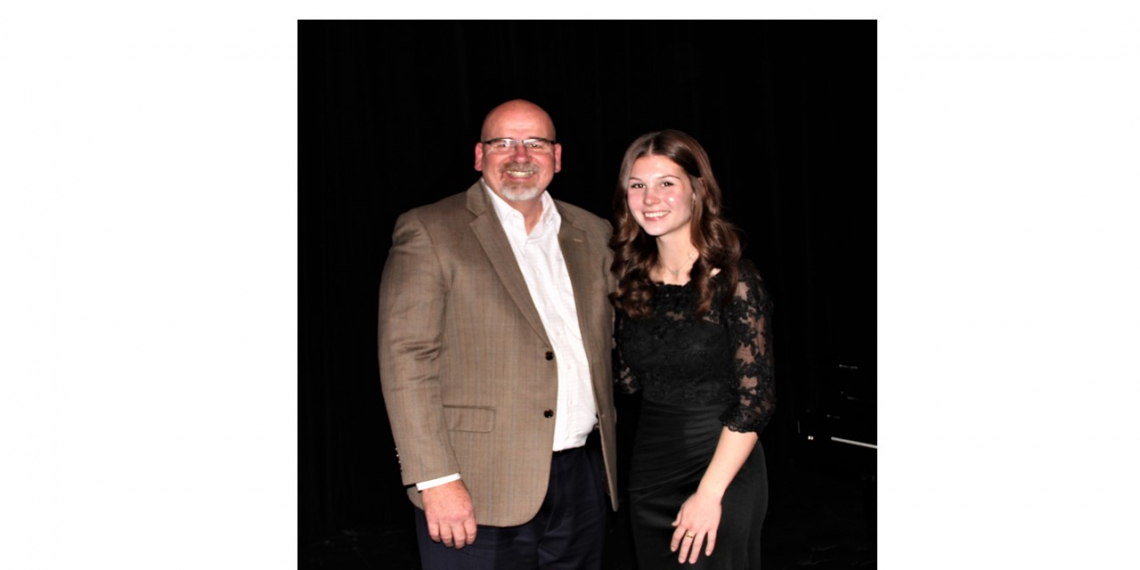 While some students are still trying to figure out their summer plans, incoming Tullahoma High School senior Chloe Fuller has a unique opportunity, as she will be attending the prestigious Interlochen Center for the Arts Summer Camp in Michigan.

According to Fuller, she learned about the Interlochen Center for the Arts while attending the Governor School for the Arts during her sophomore year. After auditioning, Fuller was notified this spring semester that she had been accepted into the summer program. She is ecstatic to be attending from June 18 until Aug. 7.

“I am very excited to attend Interlochen Center for the Arts Summer Camp,” Fuller said. “It is a very prestigious camp to be invited to attend. This camp experience will be a great tool for my growth and help me along my path to becoming a college professor of saxophone and a classical performer.

“I applied and was accepted into the one-week saxophone intensive program. Then, a week later, I was offered an invitation and scholarship to also attend the six-week wind ensemble program.”

Since 1928, the Interlochen Center for the Arts has offered an immersive arts experience that fosters a sense of closeness discovered only through a deep, shared appreciation. During its summer camp, the Interlochen Center for the Arts offers a diverse selection of summer programs in seven arts disciplines, including creative writing, dance, film and new media, interdisciplinary arts, music, theater and visual arts. Only 2,800 students in grades 3-12 from across the country are accepted into this summer program.

“Ms. Lisa Burden and I are extremely excited and proud of Chloe,” said THS Co-Band Director Justin Scott. “Getting accepted into the Interlochen Arts Camp is one of the highest honors a high school musician can receive in our country. Chloe has always been an incredibly hard worker since starting in the band in the sixth grade. We know she will continue to achieve great things.”

Fuller has been around music her entire life, as her dad played the saxophone. She followed in her father’s footsteps, picked up the same instrument, and decided to join the TMS band program in sixth grade. According to Fuller, that’s one of the best decisions she has ever made as she loves getting to be part of the Tullahoma High School band.

“I enjoy getting to play beautiful music together and feeling like we’re all one,” Fuller said. “Music just makes everything better.”

As she looks ahead to the Interlochen Center for the Arts Summer Camp, Fuller stated that she’s excited to meet the other attendees. She is even more thrilled to be learning from some of the premier instructors in the nation.

“The thing that I am most looking forward to is being able to study with Dr. Timothy McAllister, Professor of Saxophone at the University of Michigan. I am also very excited about being a part of the Wind Ensemble, which will be a new experience. I’ve been fortunate to be a member of the Midstate, All-State and honor bands in Tennessee, and those are the events I look forward to all year. I can not imagine how amazing it will be to play with an internationally sought-after Wind Ensemble.”

For more information on the Interlochen Center for the Arts, visit their website here.

Chloe Fuller, an incoming Tullahoma High School senior, has been invited to attend the Interlochen Center for the Arts Summer Camp. Here is Fuller pictured with her saxophone teacher Tom Maurer.