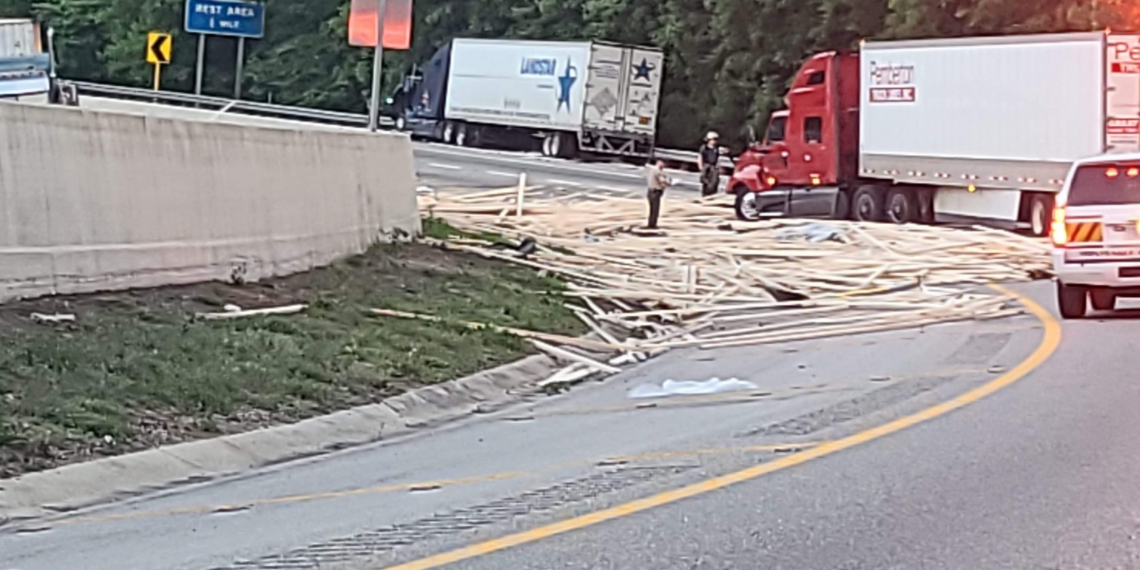 Two Injuries after 18-Wheeler Dumps Lumber onto I-24

A tractor-trailer driven by 43 year-old Brandon Hollis was traveling westbound on I-24 near mile-marker 133 in the right lane around 7 p.m. Wednesday night.

Information released from the Tennessee Highway Patrol indicates the truck was coming down Monteagle Mountain hauling lumber and crossed into the left lane and continued onto the left shoulder. Hollis’ truck struck the center retaining wall causing his loading straps to break after contacting the wall.

The 18-wheeler continued to a downward sloping embankment where it struck trees. The truck became lodged on those trees.

Hollis remained in the vehicle, but his passenger, 40 year-old Toya Jackson was ejected from the vehicle.

Two other tractor-trailers were traveling eastbound on I-24 when the lumber from Hollis’ truck spilled over the retaining wall striking both 18-wheelers disabling both vehicles.

The lumber was blocking both eastbound and westbound travel lanes and took several hours for crews to remove the lumber from the roadway.

Hollis and Jackson were both injured in the crash, the other drivers were not.