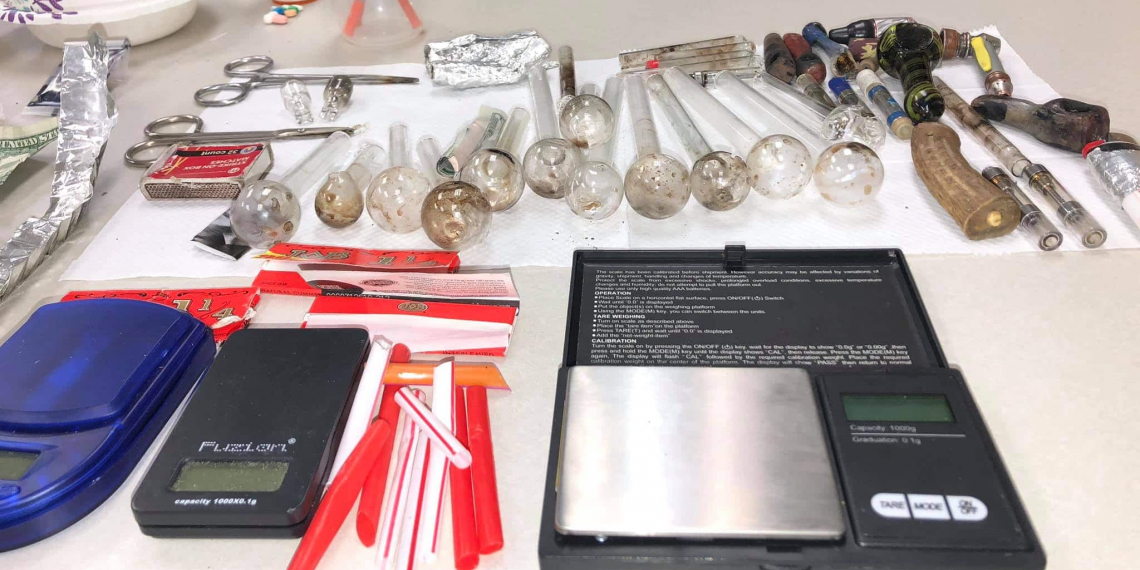 Two people from Grundy County were arrested and two children removed from a home on Friday by the Tennessee Department of Children’s Service. This was after a welfare check by a Grundy County Student Resource Officer.

Various drugs and paraphernalia were discovered during the initial investigation. The investigation is still ongoing.

Those arrested on multiple charges were 33 year-old Christopher Scott and 39 year-old Crystal Scott.

Photo provided: Drugs and paraphernalia found inside the home by Grundy County deputies.