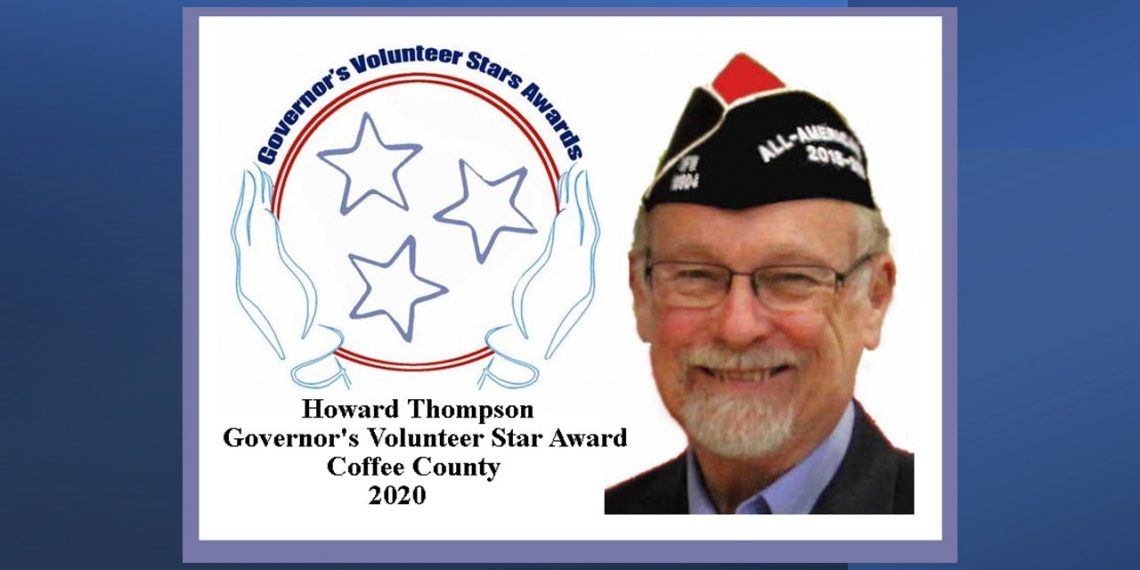 Veterans of Foreign Wars All-American Post 10904 is proud to announce that Howard Thompson has been selected to receive the prestigious Governor’s Volunteer Stars Award for 2020.

Thompson, who served in Vietnam as 2nd Lieutenant in the U.S. Army Corps of Engineers, is Quartermaster of VFW Post 10904 as well as Commander of DAV (Disabled American Veterans) Coffee County Chapter 90. He is also a member of American Legion Gold Post 78.

He has served as Master of Ceremonies and program advisor on countless veterans events including VFW-sponsored Vietnam-era Veterans Honors Dinners and Fairs; and local Memorial, Patriot Day and Veterans Day Programs.

Thompson is a Grand Mason in the Masonic Lodge, past Master of Highland Lodge 214, and a member of Al Menah Shriners; and staunch supporter of the Tullahoma Lions Club and Shriner’s Childrens Hospital.

Now in its 13th year, the Governor’s Volunteer Stars Award is an initiative from Volunteer Tennessee that seeks to recognize outstanding volunteers from each of Tennessee’s 95 counties.

VFW Post Commander Kimberly King notes: “I believe there is no one who is more devoted to the community, or to our veterans, than Howard Thompson. He is involved in every program or project that we organize, and he works tirelessly despite owning a business and working full time.”