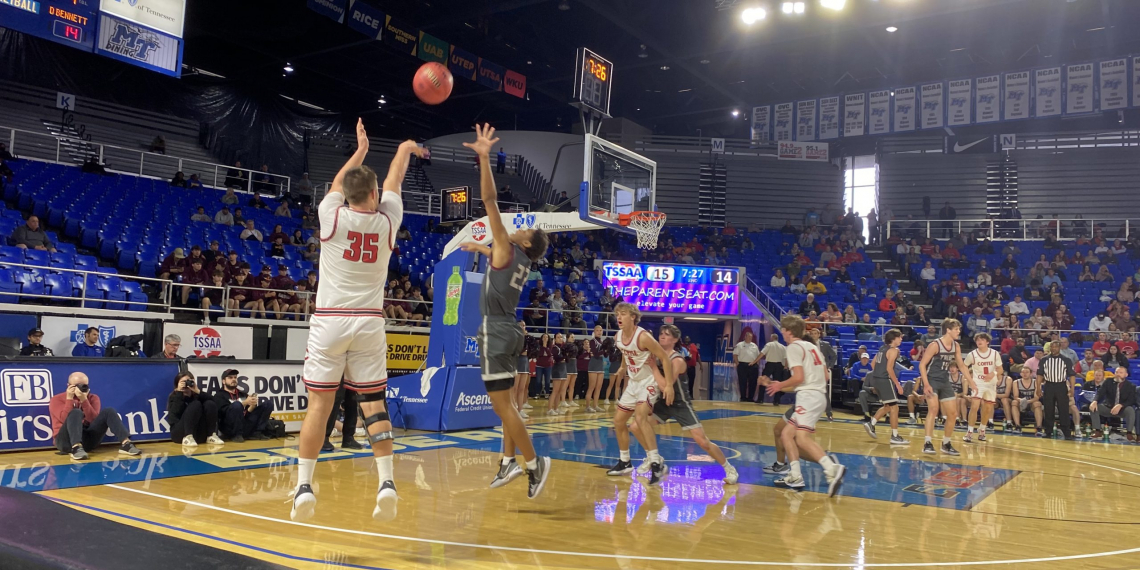 Head Coach Andrew Taylor had his team playing great defense in the first half helping Coffee County lead by as much as 8 points, 25-17 with 2:17 left in the 2nd quarter. The Raiders held off a late charge to lead 25-22 at the halftime break.

Dobyns Bennett road the hot shooting of Brady Stump who finished with 27 to pick up the 66-52 win.

Coffee County wrapped up their incredible season with a 24-10 record. This was the first state tournament appearance since 1965 when the Raiders finished in top 4 falling in the semi-finals.

Adian Abellana led Coffee County in scoring on Wednesday afternoon at MTSU with 11 followed by Dayne Crosslin and Brady Nugent with 10 each. Phinehas Rollman had 8 for the Raiders, Connor Shemwell 7 and Cooper Reed 4 and Jackson Shemwell added 2.