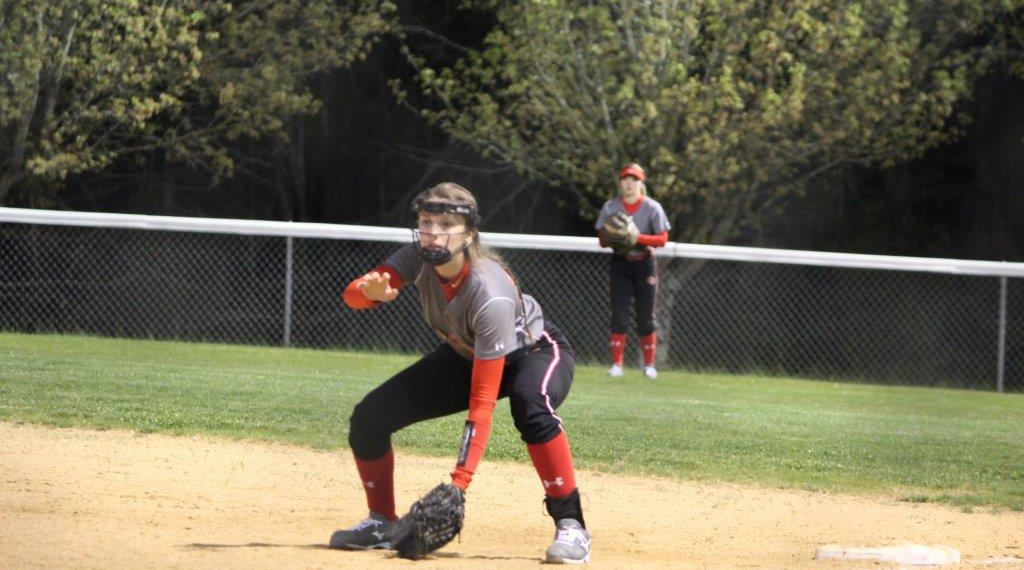 The Lady Raiders had 12 hits including two homeruns from Kaitlyn Davis and three hits from Olivia Evans. Kiya Ferrell, Chesnie Cox, Davis and Justus Turner had two hits each.

Cox and Davis led the way in RBI with Cox knocking in 5 runs and Davis plating 4 as Coffee County won 13-0. After the broadcast, The Rooster 101.5 broadcast team decided to award Davis and Cox Co-Crazy Daises players of the game.

Keri Munn did not allow a hit in 3 innings of work and Emily Schuster had only one Golden Eagle get hit off her.

The game was called after 4 innings because of the run-rule.

The Lady Raiders at 7-0 and 2-0 in district play are back in action on Wednesday at 6pm as they take on rival Tullahoma at Terry Floyd Field.

Eliza Carden is ready on defense at 1st base as Chesnie Cox looks on from right field. Photo by Barry West