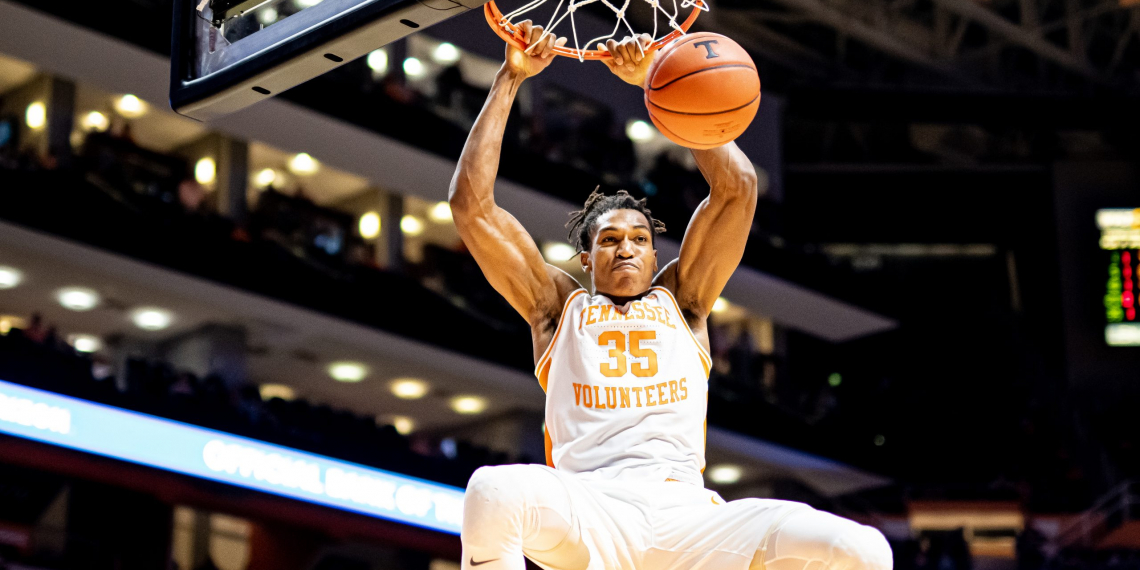 On Saturday the Tennessee Volunteers Unfortunately fell in a tight matchup against the Tigers of Auburn University 77-72.

In the first half of play the Vols fought hard but trailed Auburn 34-30 with the Tigers going into the locker room on top. The Vols continued to play aggressively in the second half, but Auburn held the lead to end the ball game on top. Keon Johnson led the way for the Vols by posting 23 points on the night. Jaden Springer scored 20 points for Tennessee, and Yves Pons notched 10 points for the Vols. The Volunteers will now take on the Gators of Florida at home in Knoxville on Sunday with tip-off set for 11am, and pregame coverage to begin at 10:30am. You can hear the Vols play live by tuning into 101.5 the Rooster or the Rooster 101.5 the app.