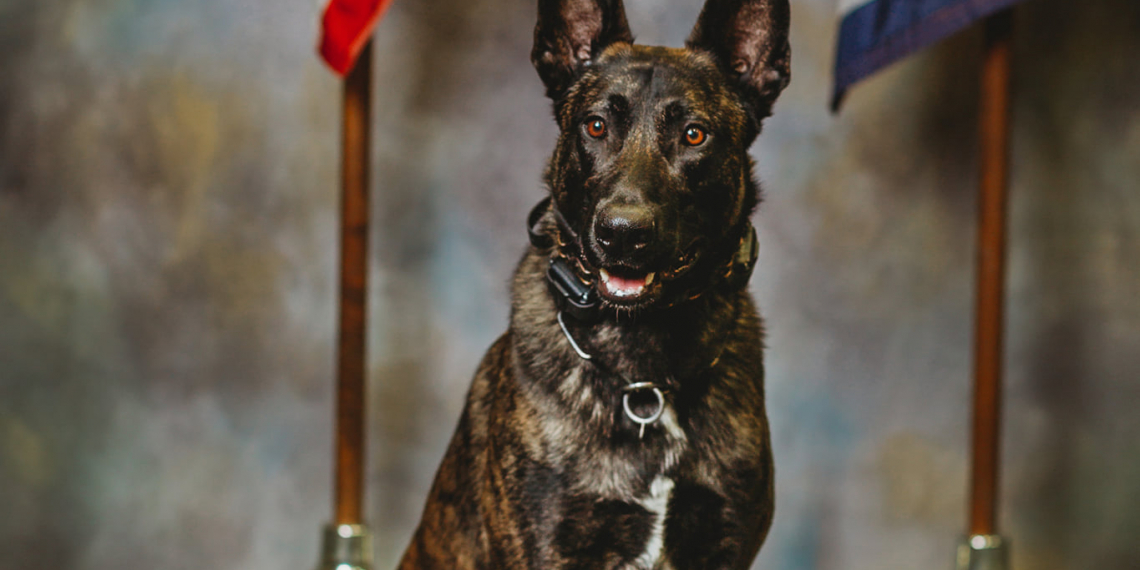 On Wednesday morning at approximately 11:15am Shelbyville Police K-9 Trigger and his handler Officer Brock Horner with the assistance of Lt. James Wilkerson took Cody Daniel Morrow into custody without incident. Morrow, who was wanted out of Franklin County, Tennessee was found hiding in a wooded area in the 700 block of Madison Street.

Police were in the area looking for Morrow for his alleged involvement in an aggravated assault with a firearm in Franklin County on Tuesday, December 14th.

While searching the area on foot K-9 Trigger alerted on the suspect who was found hiding under a blanket in the thicket. Morrow refused verbal commands to exit the wooded area; however, ultimately surrendered after the release of K-9 Trigger was threatened.

Morrow was in the possession of a loaded firearm and two additional loaded magazines.  He was also wearing body armor at the time of his arrest. Because of his prior criminal history, Morrow faces the additional charge of Felon in Possession of a Weapon in Shelbyville.