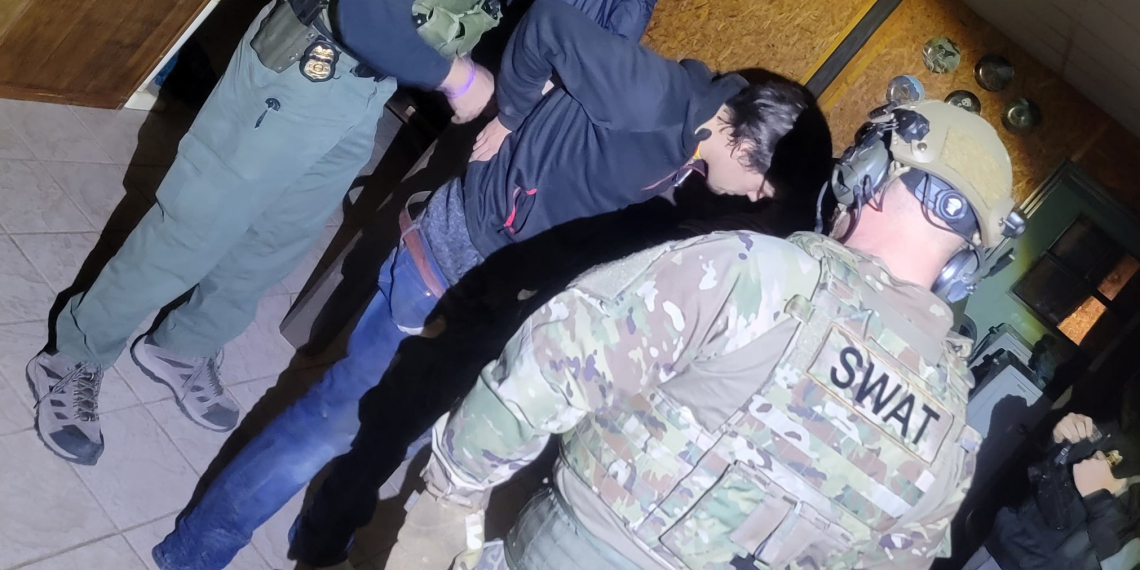 On Wednesday, a joint operation with the Marion County Sheriff’s Office SWAT Team and other law enforcement resulted in the arrest of Dustin Stephens.

Stephens had been on the run from Law Enforcement since December 20, 2021, when he escaped from Monteagle Police during a traffic stop.

During that event in December, Stephens was found to be in possession of a firearm that had been stolen during the burglary of the Mountain Mart. This made Stephens the main suspect in that burglary.

The investigation into the Mountain Mart burglary is ongoing as Law Enforcement attempts to recover all of the stolen firearms. Anyone with information is still asked to contact the Marion County Sheriff’s Office at 423-942-2525.