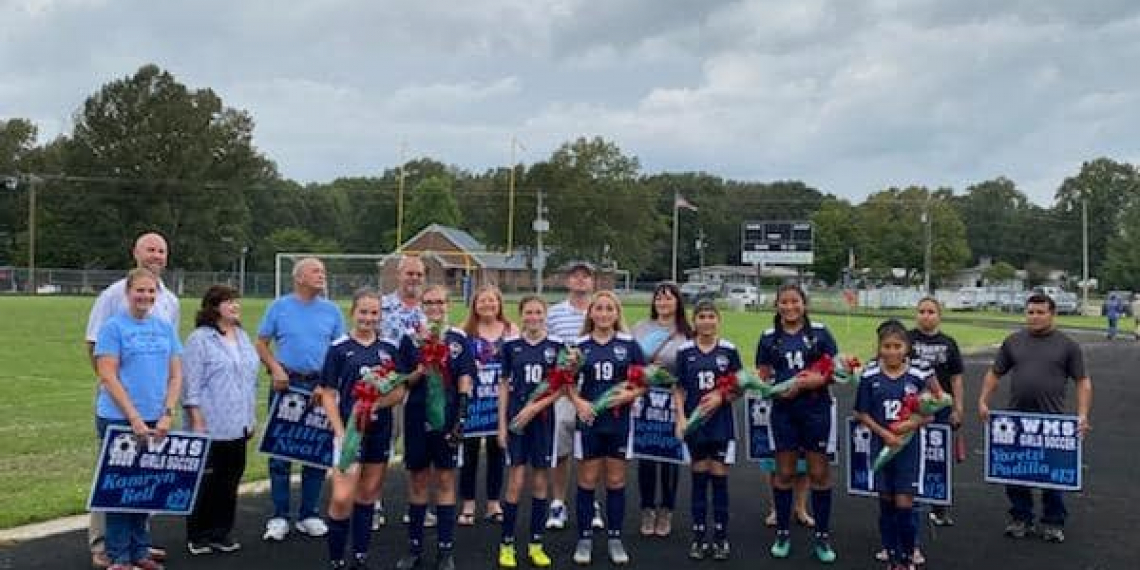 Before the action started the 8th graders received roses and a yard sign with their name and player info on it.

Westwood scored first on a PK shot by Kamryn Bell. She placed it perfectly in the corner of the goal. The half ended with Westwood shooting often, but only scoring once with the keeper from White County playing outstanding defense.

In the 2nd half, Westwood continued to play very well as they were kept possession on their side of the field almost throughout the rest of the game. After battling the Warriors excellent goal keeping, Ocean Sanfilippo scored from above the 18 yard box for the Lady Rockets 2nd goal. Their 3rd goal came from Soraida Barrera who had just missed on a previous shot when it bounced off the goal post.

White County then booted the ball down the field and out ran Westwood to get their only goal of the game. Later in the 2nd half Bailey Barsenas scored Westwood’s 4th a final goal on an assist from Soraida Barrera, to make the final 4-1. Westwood ended the game with 21 shots and 16 of those were on goal. The win moves the Lady Rockets to an overall record of 2-3.