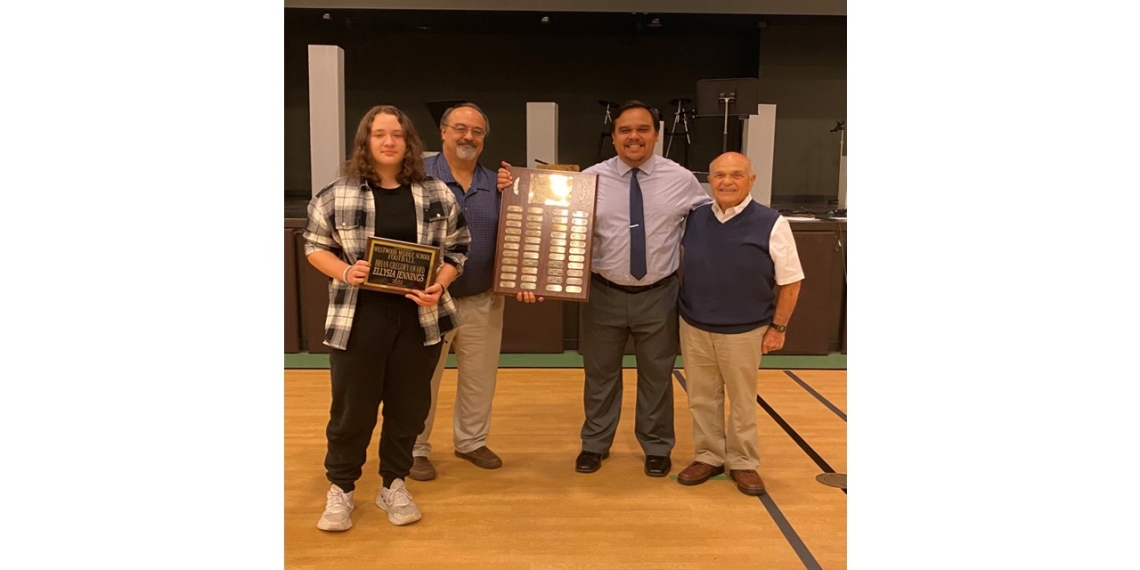 The Westwood Rockets middle school football banquet was held over the weekend.

Head Coach Justin Scott Kanjanabout and others chose Ellysia Jennings as the first female player to receive the prestigious Brian Gregory Award. Coach Kanjanabout said Ellysia exemplified character on and off the field. She was a starting lineman for the 2022 Rockets.

Brian Gregory was a former Westwood, and Manchester Central football player who died in a tragic farming accident while in high school.