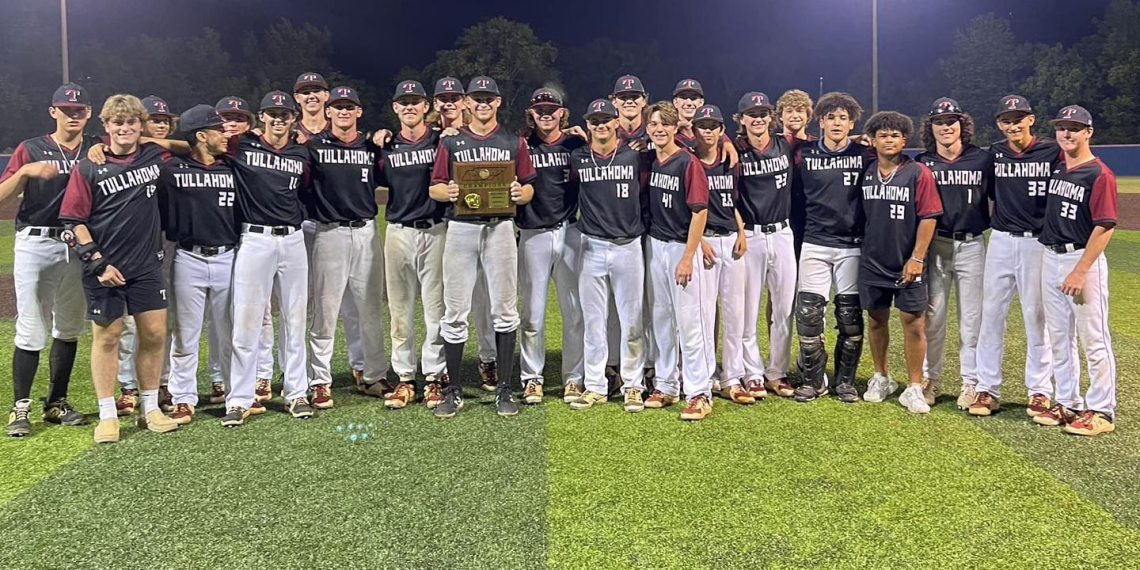 Tullahoma baseball swept a double header with Page Wednesday at Lincoln County High School in Fayetteville to capture the district 8-3A tournament championship for the first time since 2014.

In game one the Wildcats took an early 4-0 lead thanks to three run home runs from Body Melton and solo shot from Evan Tomlin in the top of the first and held off the Patriots comeback attempts to force a winner take all game two with a 6-3 victory.

As has been the case for most of the tournament Tullahoma had to work around traffic on the bases to hold their opponent at bay. DJ Dillehay limited Page to a pair of runs on 7 hits and just two walks, striking out four in six innings of work to pick up the win. Dillehay also singled and scored a run in the 2nd. Colton Emory picked up the save holding Page to just one run on one hit in the 7th despite hitting two batters.

Davis Lomenick took the loss for Page as he was tagged for six runs on six hits, five of them earned. He walked two and struck out one in four innings of work.

Jayron Morris collected two hits an RBI and scored a run in a 2-4 performance at the plate.

The decisive game two was closer for much of the night though Tullahoma as they did in game one lead wire to wire in a 9-3 win.

The Cats again struck first in the top of the first on a great hustle play from Joe Duncan scored going first to home, sliding just under the tag from Page catcher Kyle Gaffney on an RBI ground out by Jayron Morris.

Tullahoma added two more in the fourth on a solo home run from Brody Melton and a bases loaded walk.

The Wildcats put the game on ice as they tagged the Page bullpen for 5 runs in the top of the seventh. Page plated two in the bottom of the seventh, but Avery Smith was able to retire the side in a non-save situation to secure the district title for Tullahoma.

Camden Quick picked up the win holding Page Scoreless despite allowing 6 hits in three and a third innings of work. Melton worked out a bases loaded jammed in the fourth to hold Page scoreless and allowed just one run in a two and a third inning relief appearance.

Joe Duncan who was 1-2 win an RBI and 2 runs scored was named the On Target Marketing Player of the Game.

Tullahoma will now host the district 7-3A runner up in a region semifinal game Monday at Grider Stadium. First pitch time has yet to be announced.

You can join Will Rabb as he brings you all the action on 93.9 The Duck, 939theduck.com and the 93.9 The Duck App. Tullahoma baseball on 93.9 The Duck is sponsored by Coffee County Bank, Cooper Steele, Freedom industries and Stroops Accurate Refrigeration.