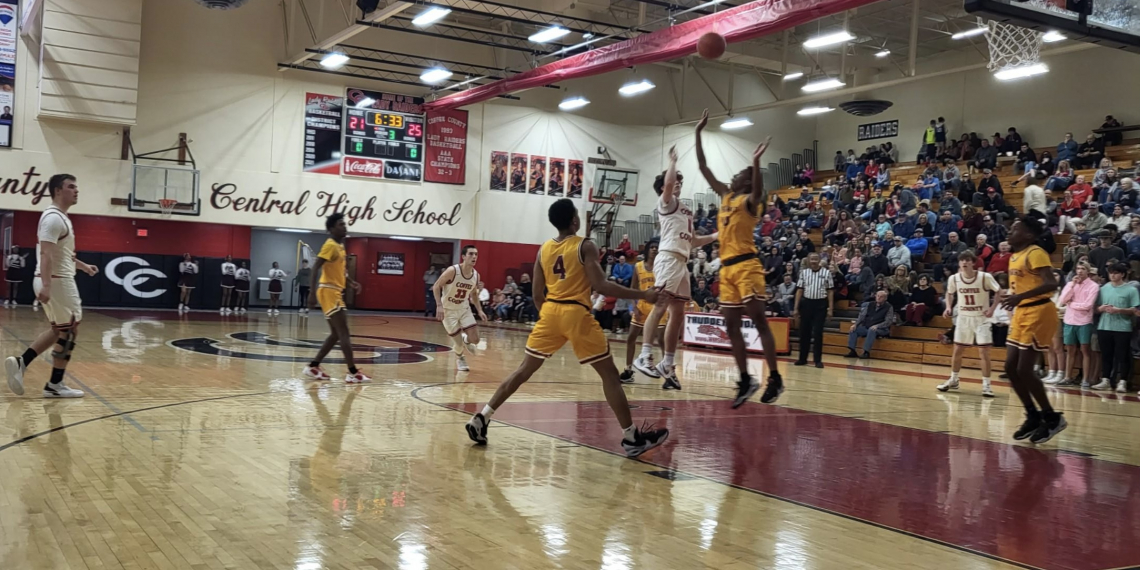 Win and Advance; Raiders Win by 12

Great ballgame was the sentiment on Saturday night in Manchester. The Red Raiders played host to Howard High School from Chattanooga in the Region 3-4A quarterfinals and what a great game it was.

Coffee County jumped to an early 5-0 and held the Huslin’ Tigers scoreless for the first 5 ½ minutes only to see the lead slip away at halftime, 25-21.

In the third quarter, Coach Andrew Taylor’s Red Raiders shutdown Howard’s offense. They were held to only 1 point in the quarter. Coffee County led 34-26 heading to 4th. The Raiders upped their lead to as many as 14 points and going onto win by 12, 52-40.

Coffee County improved to 21-9 on the year and will host Franklin County on Tuesday in the semifinals. This will be the 4th meeting between the Raiders and Rebels this season.

Coffee County used a balanced scoring attack to takedown Howard. Dayne Crosslin led the way with 13 points followed by Phinehas Rollman and Connor Shemwell as they scored 10 each. Brady Nugent was outstanding with his offense and defense. He finished with 9 and earned the Sir Pizza Player of the Game. Other scorers: Aidan Abellana 4, John Dobson and Jahlin Osbourne 2 each and Jackson Shemwell contributing 1 point.

Photo by Keesha Knott: Dayne Crosslin lifts high for a shot against Howard on Saturday night.