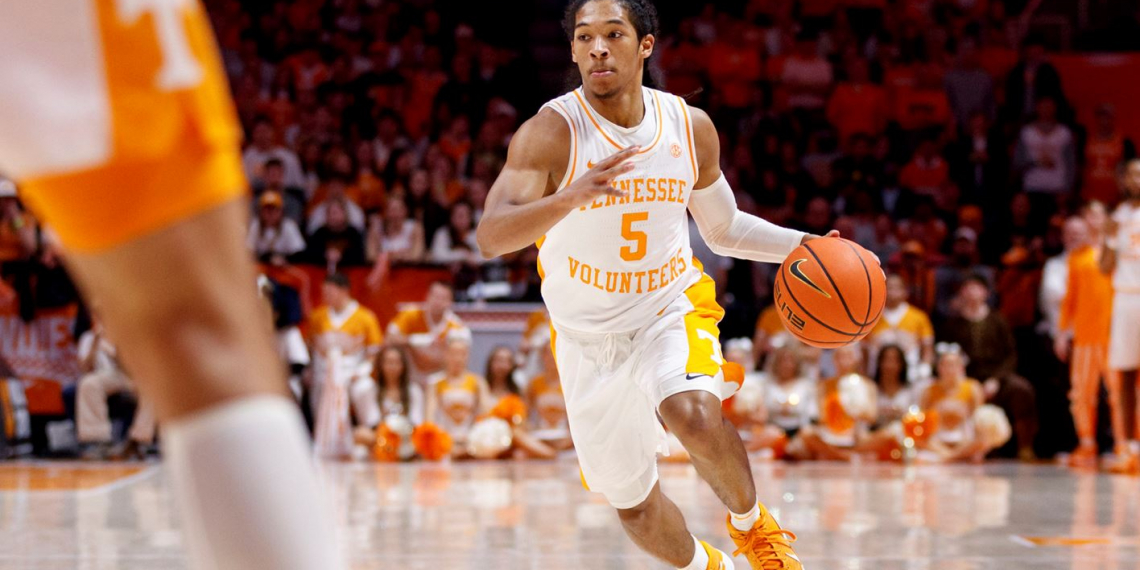 Tennessee guard Zaki Zeigler has been named the SEC Men’s Basketball Freshman of the Week. Zeigler averaged 16 points, 3 assists, 2.5 steals and converted 6-of-11 of his 3-pointers in wins over Texas A&M and South Carolina last week. He scored 14 points, had three assists and two steals in the Vols 90-80 victory vs the Aggies Tuesday. Zeigler tied a career-high with 18 points on 6-of-9 shooting from the field (4-of-5 from 3), all in the second half. He also dished out three assists and recorded three steals Saturday in a road rout of the Gamecocks 81-57.

Tennessee moved up three spots to 19th in this week’s AP top 25 poll. The Vols travel to Starkville to battle Mississippi State Wednesday night at 8:00.  Coverage starts at 7:30 on The Rooster 101.5.

After dropping three of their last four the Lady Vols fell to 13th in the latest Women’s AP rankings. Thursday the Lady Vols host Missouri. Pregame 5:00, tipoff 5:30 on The Rooster 101.5.