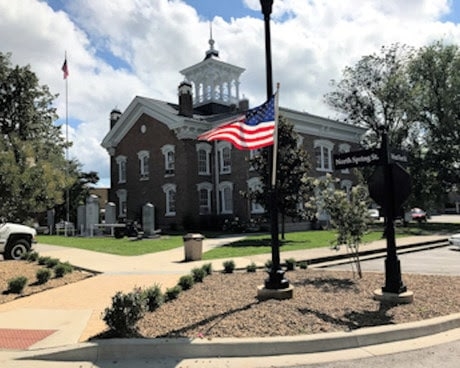 Courthouse on the Square in Manchester Struck by Lightning

Manchester Fire-Rescue received a call from a citizen reporting that lightning had struck the top of the old Courthouse on the city square. Fire crews responded to the area and upon arrival they found the steeple on top of the building had been struck by lightning splintering one of the middle posts facing the north side of the square.
Coffee County Sheriffs personnel, Manchester Police along with other Coffee County personnel were on scene surveying the damage to the facility. Crews checked the area for any water leaks, electrical issues and interior damage. No problems were found with most of the damage on the outside of the facility.