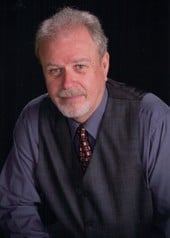 MANCHESTER – Darrell Wayne Booher, age 70 years and 5 months of Manchester, passed away on Saturday, September 26, 2020, at his home after an extended illness. A celebration of his life will be held at the First Baptist Church of Manchester on Saturday, October 10, 2020 at 11 AM with Pastor Brenton Cox officiating. A visitation with the family will begin at 10 AM until time of service. At his request, part of his remains will be buried in the family cemetery in Livingston, TN and the rest will be scattered in the ocean in Brazil.

Darrell was born on April 26, 1950, to the late Eugene and Vola Joyce Smith Booher in McMinnville, TN. He was a member of the First Baptist Church of Manchester and an electric operator for AEDC for 30 years. Darrell served his country in the United States Navy on the US Navy Atlantic Fleet during the Vietnam Era. After his honorable discharge from the Navy, Darrell enlisted in the United States Army in the 1st Signal BN in Kaiserslautern, Germany. Darrell’s family legacy for military service dates back to the Civil War, WW I, and WWII. He is thought of as a devoted American who loved his country. Darrell was a loving husband, devoted to his family, a loyal friend, and a skilled electric guitar player. He had an open heart of generosity and was an abundant giver.

In addition to his parents, Darrell is preceded in death by his brother, Kevin Booher, and his “2nd dad”, James Bowen. He is survived by his loving wife of 34 years, Ana Maria Oliveira Booher; his dear “2nd mom”, Chris Bowen; sister, Patricia Carroll; 6 brothers-in-law and 5 sisters-in-law; several cousins, numerous nieces and nephews, in Tennessee and Brazil, and a host of friends.