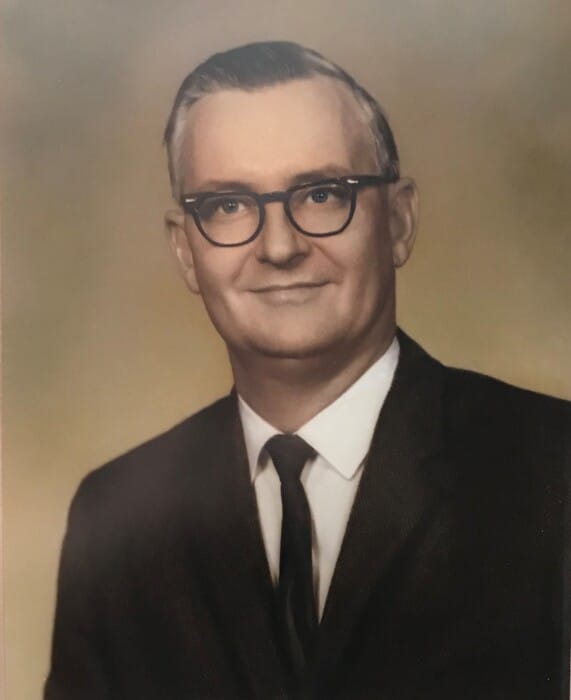 In addition to his full-time dental practice, Jess enjoyed building, selling, & renting commercial & residential real estate. Jess & Martha always overseeing & managing it themselves. Jess was Mayor of Manchester in 1967 & was Alderman several times. less was a member of the Industrial Board 1997-2018. Jess was on the Magnolia Glen Condominium Board for several years.

Jess & Martha were avid bridge players belonging to Couples bridge clubs. They also played bridge with friends the Ewells & the Grisards on separate nights weekly. Jess loved to travel & have been to over 20 countries. His favorite place was London, & he had been over 5O times. Jess delved deeply into genealogy & traced his family back as far as written records went in Great Britain, before the internet! Jess loved practical jokes, & there are still a few he played on his friends that aren’t aware it was him! Jess loved his grand-dogs, especially in his later years.

Jess was a member of the Church of Christ growing up. He joined the First Methodist Church in Manchester after he married.

In light of Covid-19 gathering restrictions & in the interest of safely, a small private graveside service was held at the Manchester Cemetery on December 21, 2020.