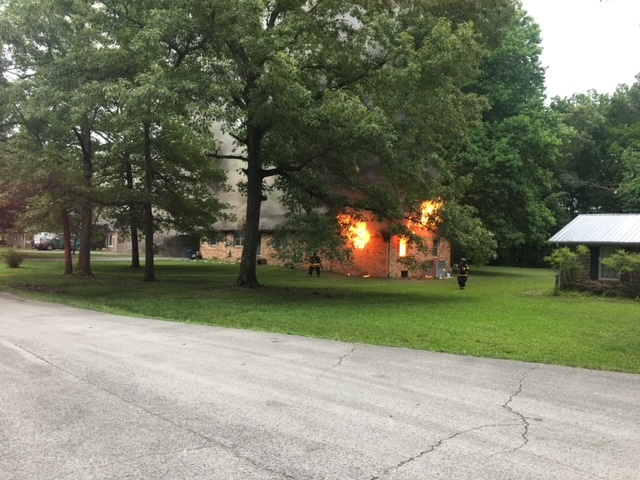 On Tuesday afternoon Manchester Fire and Rescue responded to a structure fire at 1111 Remington Place.

Upon arrival firefighters were met by heavy fire conditions on the right side of the home and personnel reported everyone was out of the home.

Crews went to the back of the house to extinguish the fire in the ceiling and the rear area of the home. Firemen began pulling ceilings trying to get to the fire in the attic area. The roof area over the fire had already vented and the roof in that area was in bad shape.

As more firefighters arrived on scene crews were able to extinguish the fire.

The cause of the fire is under investigation.