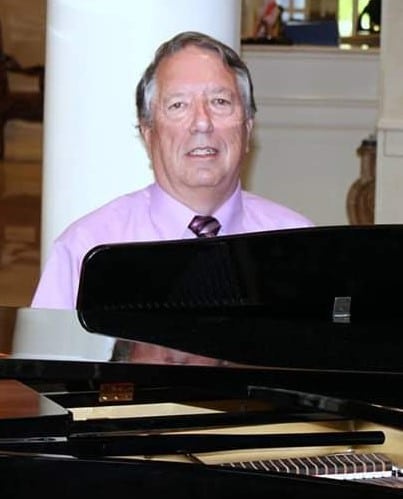 Funeral services for Mr. Robert “Bob” Lynn Milliken, age 71, will be conducted at 1:00 PM on Sunday, January 10, 2021, at Coffee County Funeral Chapel.  The family will receive friends from 11:00 AM until the time of service at the funeral home.  Mr. Milliken passed from this life on Wednesday, January 6, 2021, at The Waters of Winchester in Winchester, TN.

Bob was born in Coalton, OH on September 30, 1949, the son of the late Charles and Eleanor Milliken.  Bob was a lifelong musician.  He played everything by ear from Beethoven to Garth Brooks and hymns to classic rock.  Bob spent his retirement playing at various nursing homes and assisted living facilities from Alabama to Ohio, and everywhere in between.  He donated his time playing at the VA veteran’s home and other nursing homes.  Bob brought joy to the residents and staff at The Waters by fulfilling their musical requests across all genres.  He enjoyed watching the Cincinnati Reds and collecting baseball cards.  Bob was a baseball encyclopedia and knew everything about his favorite team.  He was a loving and devoted father, Boppa, brother, and fiancé.

In lieu of flowers, the family asks for donations to be made in Bob’s name to Lewy Body Dementia Association, LBDA 912 Killian Hill Road SW, Lilburn, GA 30047, or www.LBDA.org