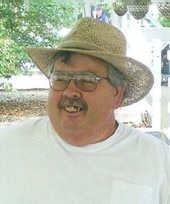 MANCHESTER – Funeral services for Mr. Kenneth “Kenny” Russell Swack, age 58, of Manchester, will be conducted at 1:00 PM on Wednesday, November 4, 2020, at Manchester Funeral Home. Burial will follow in Rose Hill Memorial Gardens. The family will receive friends from 5:00 PM until 8:00 PM on Tuesday, November 3, 2020, at the funeral home. Mr. Swack passed suddenly from this life on Friday, October 30, 2020, at Tennova Healthcare – Harton in Tullahoma, TN.

Kenny was born in Dayton, OH on October 20, 1962, the son of the late Charlie and Cella Swack. Kenny worked for Spring Street Market for 18 years, owned and operated 41 Market for 8 years, and was a self-employed plumber and electrician for 20 years before his passing. He was a people person who loved his family and grandchildren and taking trips to Disney. Kenny was a loving husband, father, grandfather, and brother.