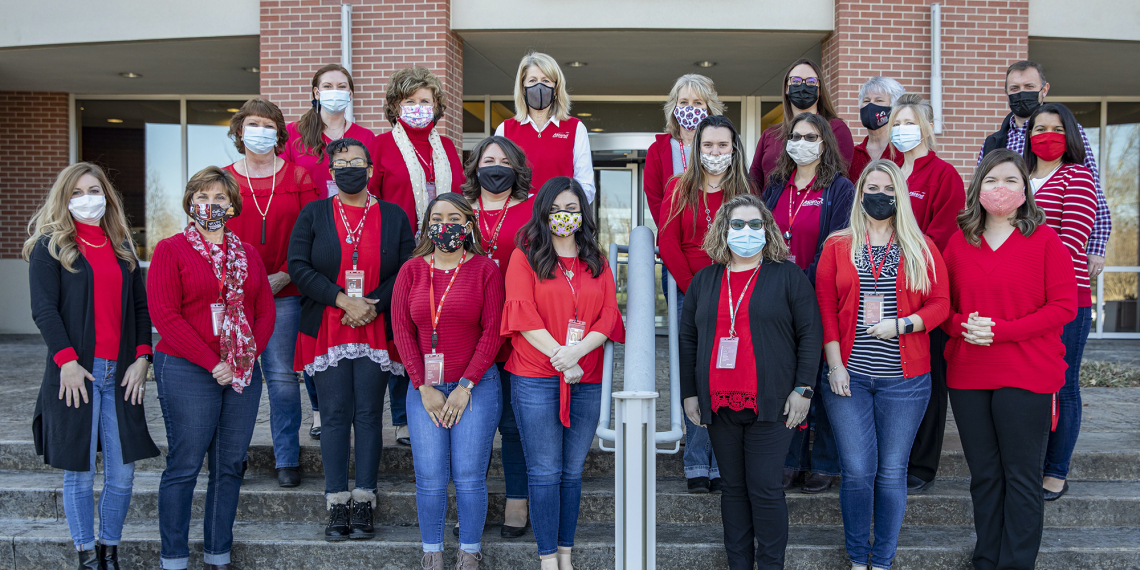 Ascend employees raised $575 by donating at least $5 to the Go Red For Women program to wear blue jeans and a red shirt on National Wear Red Day Feb. 5 – and Ascend matched each employee contribution, dollar-for-dollar. Additionally, Ascend is bathing its corporate headquarters in red lights during February to show ongoing support for the fight against heart disease.

Over the past five years, Ascend has contributed $18,460 to support heart health through donations to the American Heart Association.

“The AHA’s Go Red for Women is an initiative that our employees are very passionate about,” said Amy Allison, Ascend assistant vice president of human resources. “It’s so important to raise awareness among women – as well as men – so that more women will take the steps needed to have healthy hearts.”

“Knowing that heart disease is a woman’s number one health threat, we want to do everything we can to change that and help create a healthier Middle Tennessee,” said Melinda Walega, chair of the Middle Tennessee Go Red for Women campaign and vice president of talent acquisition at Schneider Electric. “We are so grateful for the support of Ascend Federal Credit Union for this worthy cause. Together, we can make a difference in the lives of so many.”

Cardiovascular disease is a leading cause of death.

Senator Bowling wants to change the way we Vote