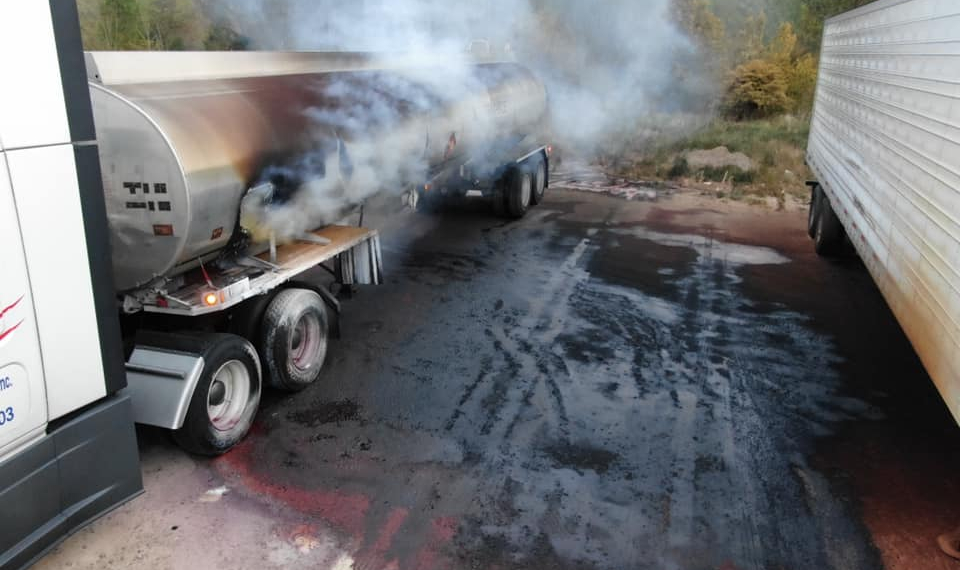 The District 6 Hazardous Materials Response team is comprised of Hazardous Material Technicians from Manchester and Tullahoma Fire and Rescue, along with personnel from the Coffee County Emergency Management Agency. 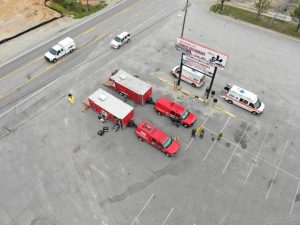 Upon arrival Coffee County EMA personnel met with the on-scene incident commander to determined what had occurred. Coffee County EMA personnel sent up a drone to get a better overall picture of what was occurring on site to determine what immediate actions were needed. With the assistance of the drone footage, a plan was formed by District 6 Haz Mat Team members. The team developed a plan, briefed the incident commander then began to execute that plan.

Once on scene decontamination was established and the team made entry into the site to determine product release and the condition of the tanker. It was found to be hauling Chlorobutane, which leaked out of the tanker and into the parking lot where the tanker was parked.

Prior to the District 6 team’s arrival there was a large plum surrounding the tanker but was dissipated when the team arrived on scene. The incident commander had already shut down Interstate 24 in that area and established a shelter in place order for citizens of Monteagle. The entry team entered the area and conducted air sampling and other samplings of the product in the area. The team exited the area, went thru decontamination and then briefed the Haz Mat Team leader on the situation. Another team was sent to the site to obtain some pictures of the condition of the tanker damage and product release.  EMA personnel on scene from Grundy, Marion and Coffee County along with the incident commander called for a Hazardous Materials clean-up crew to respond to the scene to clean up the spill.

Personnel from the Monteagle Public works department went down range from the incident and built a dam and diked the area with Haz Mat booms to prevent the product from entering a creek in the area, so to prevent any contamination to the local water system.

When the clean-up company arrived on the scene, they went down range to develop a plan to off load the remaining product on the tanker and determine what was needed to clean up the area.

The scene was turned over to the incident commander and the clean-up team to complete their operations.

On scene support for this incident was provided by numerous agencies, local businesses and representatives from Grundy and Marion Counties.