Child hunger is on the rise across Tennessee, and advocates say in communities far from interstate highways, families are struggling to access resources.

In some rural counties, there has been an increase in the number of children who are going without meals of 10% or greater.

Chapple Osborne-Arnold, Tennessee deputy director for Save the Children, said the U.S. Department of Agriculture is working with partners for its Farmers to Families Food Box Program who can get food into the hands of residents.

She pointed out in remote areas, there is little infrastructure and few resources for organizing food distribution.

“And that is where we step in,” Osborne-Arnold explained. “So, we partner with the produce companies to set a schedule up and we tell them which days we want truckloads delivered, and we coordinate the volunteers and the staff on the ground.”

Osborne-Arnold noted distributing food to a central location by truck is easier to adapt to rural communities, which tend to lack food banks or food-distribution warehouses. Even if a food bank is local, residents might be unable to get to it because of transportation barriers.

She pointed out her organization is working in east Tennessee counties to continue distributing meals through the Farmers to Families Food Box Program, and said last fall around 29,000 boxes were delivered.

Tamara Sandberg, U.S. advisor for food security and nutrition at Save the Children, said the spike in child hunger seen in rural regions will likely have long-term consequences.

“And we’re very concerned,” Sandberg remarked. “This is a generation that is missing out on the nourishment that they need to grow and thrive. Kids cannot be hungry for knowledge when they’re hungry for food.”

“We had families that would line up and wait in 2- and 3-hour-long lines to get one box of food,” Osborne-Arnold recalled. “And I remember seeing a pregnant mom with two small children and she had no vehicle. She was explaining to our staff on the ground that, you know, this would probably be the only time she could come because she doesn’t have a way here every week.”

Photo: Food insecurity and child hunger have both skyrocketed during the COVID-19 pandemic across the United States. (Adobe Stock) 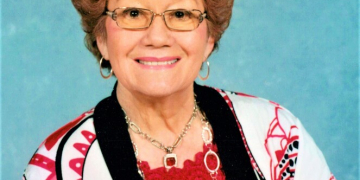