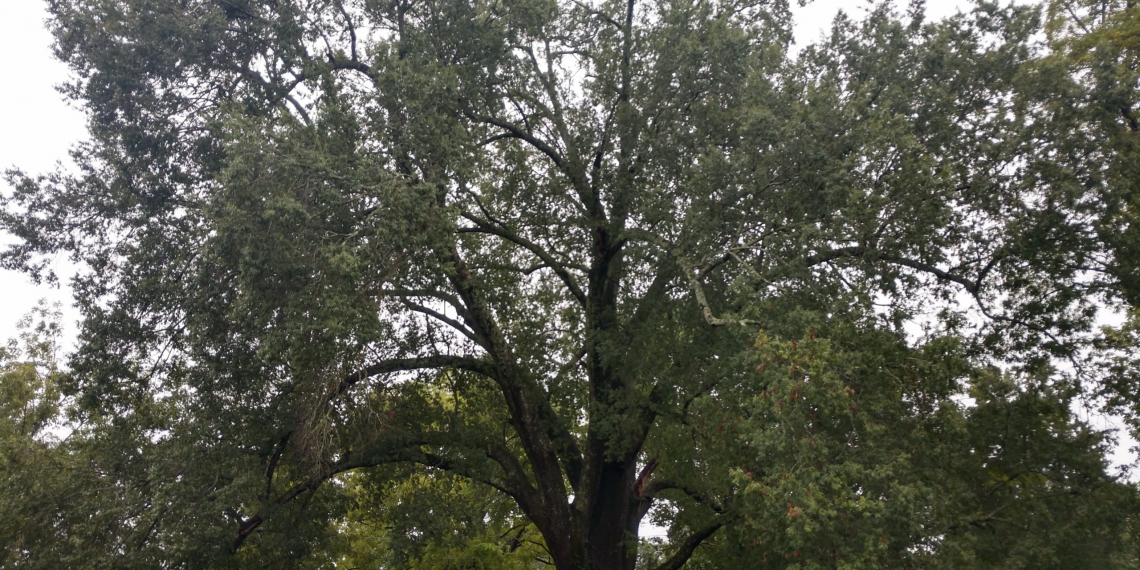 Tullahoma Tree Board officials and the Tullahoma City Forester were delighted to learn the largest tree in Tullahoma, a Willow Oak (Quercas phellos) off of East Lincoln Street, was named a State Champion Tree by the University Of Tennessee Institute Of Agriculture Champion Tree Program last week.

The Tullahoma Willow Oak, nominated by Tullahoma City Forester Lyle Russell in October of 2020, resides at 204 East Lincoln Street (behind The Painted House), and measures 92 feet tall, 255.6 inches around, and has a 115.9 foot crown spread (the diameter of the crown – measuring end to end). “This is an amazing designation to receive,” said Russell. “Based on the measurements, that puts this tree around 259 years old. It’s seen every bit of Tennessee’s and Tullahoma’s history, and even pre-dates the United States by a few years.”

“About six years ago, we nominated this tree for the Champion title only to find there was already a Willow Oak Champion in Shelby County at that time,” said Tree Board Chairman Ralph Graham. “They told us the Tullahoma tree would be listed next in line should something happen to the current champion. Receiving this designation is a delightful surprise.”

The Tullahoma Willow Oak is on private property owned by Annie Rone. “I take no credit for the magnificent tree in the backyard of The Painted House, but I feel very blessed to get to claim it as mine,” said Rone. “The tree’s grandeur is not lost on anyone who visits. I am thrilled that it is being recognized, and I am hopeful it will be visited, loved, and respected by many for years to come!”

According to the UT Institute of Agriculture website, Tennessee launched its champion tree program in the mid-1970s with the intention of identifying and cataloguing the largest native trees in East Tennessee. The program has now expanded to accept trees from across the state. In collaboration with the Tennessee Division of Forestry, the Department of Forestry, Wildlife and Fisheries at the University of Tennessee actively administers the state champion tree program. A virtual award ceremony crowning the Tullahoma Willow Oak will be held on September 20th at 9:30am and is open to the public via a registration link.

For more information on the Champion Tree Program, you can visit https://fwf.tennessee.edu/champion-tree/. To find out how you can attend the virtual award ceremony, contact the Tullahoma City Forester at lrussell@tullahomatn.gov.