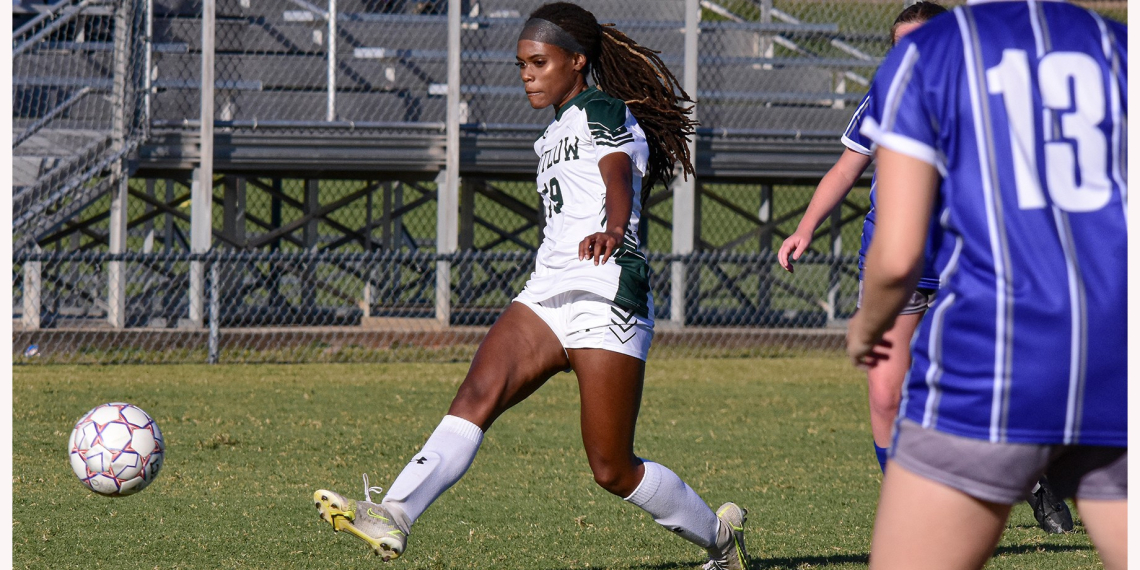 The win comes on the heels of a 2-0 win over Reinhardt University in Georgia on Sunday.

Motlow (9-2, 4-0) has won those eight straight games by a combined score of 39-0. The Bucks have won nine of their last 10, with the only loss coming 1-0 to Indian Hills back on Aug. 28. Motlow is ranked No. 22 in the nation in the most recent NJCAA poll, one spot behind Spartanburg Methodist (8-2).

Motlow jumped out to an early lead against Spartanburg Methodist, with Alysa Benton scoring on an assist from Alexis McMath at the 6:42 mark. Motlow took its 1-0 lead into halftime.

As has been the case so often this season, the Bucks found their stride midway through the second half as the opposition began to tire. Motlow’s depth took over. Emily Fisher scored an unassisted goal on a penalty at the 56:20 mark to give the Bucks a 2-0 lead. Benton added her second goal of the day on an assist from Kristen Gasaway at the 73:38 mark. The final goal came from Ellie Kirk on an assist from Benton at the 74:56 mark.

Lucy Riddle played 80 minutes as the goalkeeper, and Molley McElhiney played the final 10 minutes. Neither goalkeeper had an opportunity for a save as Motlow’s defense smothered Spartanburg Methodist’s offense.

Motlow had 20 shots to the Pioneers’ four and led in corner kicks 5-2. Fisher had four shots on goal for Motlow, while Kirk had three and Benton had two.

After a scoreless first half against Reinhardt University on Sunday, Karleigh Villanueva got Motlow on the board at the 50:14 mark with an assist from Fisher. The Bucks held the 1-0 lead until Kristen Gasaway scored on an assist from Villanueva at the 79:38 mark.

Lucy Riddle and Leigha Resendiz each played a half at goalkeeper, with Riddle notching three saves and Resendiz one. Motlow led in shots 22-5 and led in corner kicks 3-1.

Individually and as a team, Motlow continues to climb nationally in statistics. The Bucks are tied with Seminole State (OK) for No. 1 in the nation with nine shutouts and are fifth nationally, averaging 24.2 shots per game on offense. Motlow goalkeepers are ninth in the country in goals against at .064.

Photo: Motlow’s India Gaiten drives a shot towards the goal during the Bucks’ 7-0 win over Southwest Tennessee last week. Photo by jeffreedphotography.