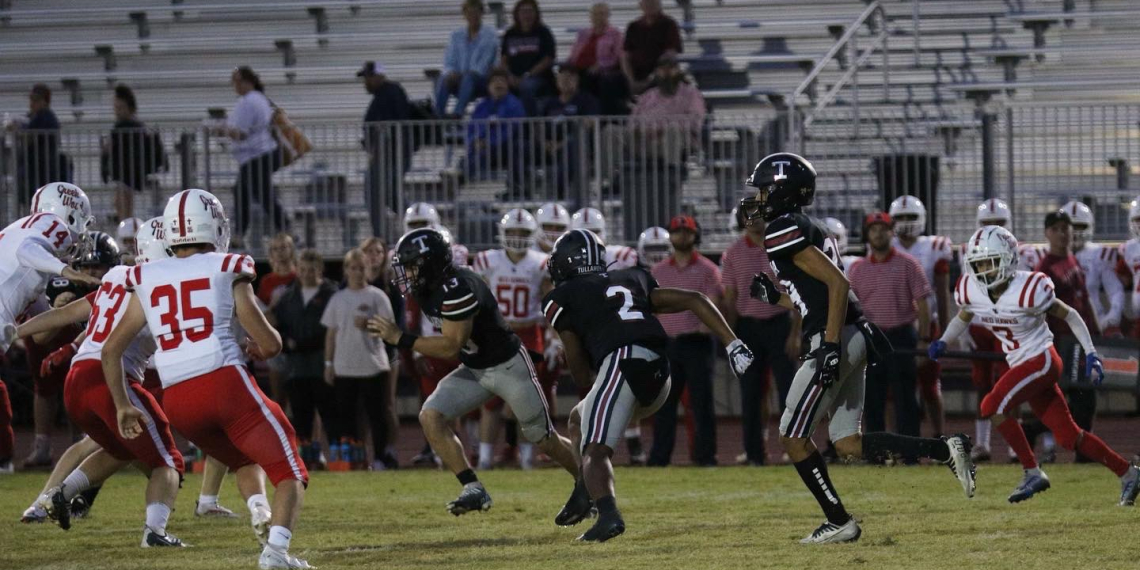 The Tullahoma Wildcats couldn’t take advantage of the opportunities that presented themselves as Creek Wood ground out a 16-3 win Friday night at Wilkins Stadium.

The visiting Redhawks scored first as they cashed in on Tullahoma turnover and a short field with a 7-yard run by quarterback Eathon Donaldson with just over 5 minutes left in the first quarter.

The only other first half scoring came when Tullahoma’s Daniel Etheridge hit a 21 yard field with time expiring on the half.

It was not, however, for a lack of effort. The cats were stopped twice in short yardage situations on 4th down near the goal line in the first half.

Creekwood expanded their lead on the opening drive of the third when Dajon Sweatt punched it in from a yard out. The extra point was no good making it 13-3 with 8:39 to play in the quarter. The TD was set up by a fake punt pass to Jameson Ford who took it down to the one.

Right after the Redhawk score Tullahoma had a chance to pull with in three as Jerrell Sheffield had a long kick return but the ball was punched out by Creek Wood and they recovered it on their own 20.

Creekwood added a 4th quarter field goal to build the lead to 13. Tullahoma had it goal to go with two plus minutes left in the game but Alex Bradshaw’s third interception of the half ended the game as Creekwood ran out the clock to grab the win.

Creek Wood host Hillwood next Friday at 7:00 while Tullahoma visits Peal Cohn. Coverage, built by Twin Cedars Construction starts at 6:30 on 93.9 The Duck.